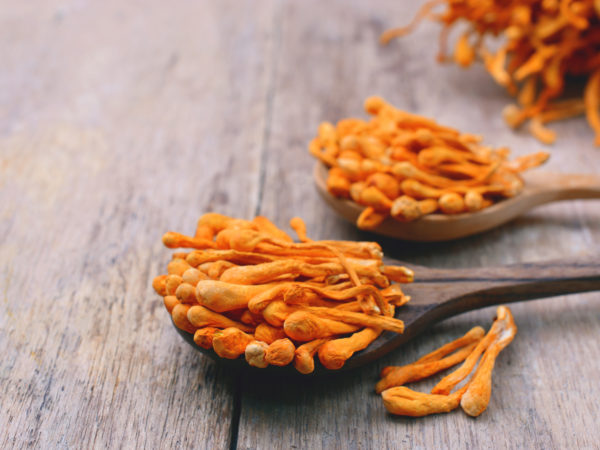 What is muscular dystrophy?
The muscular dystrophies (MD) are a group of genetic diseases characterized by progressive weakness and degeneration in the voluntary muscles that control movement. There are over thirty variations of this disease, each one differing in terms of symptoms, distribution and extent of muscle weakness, age of onset, rate of progression, and how it is passed on. The outlook for people with MD varies depending on the type and severity of the disease. In mild cases, MD may progress slowly, and lifespan may be normal, whereas in more severe cases, muscle weakness can progress quickly (to the point of respiratory failure in some individuals) with functional disability, loss of movement and premature death. Individuals with MD often die due to complications from secondary infections, respiratory problems, or cardiac failure.

What are the symptoms and forms of muscular dystrophy?
Signs and symptoms vary according to the type of muscular dystrophy. In general, symptoms include some form of progressive muscle weakness, lack of coordination and a progressive crippling due to contractures of muscles around joints. Many specific signs and symptoms vary from among the different types of MD. The following forms are the most well known:

What are the causes?
Muscular dystrophy is a general term for a group of inherited diseases involving defects in the genes responsible for normal muscle functioning. Each form of muscular dystrophy is caused by a genetic mutation that’s particular to that type of the disease. The most common types of muscular dystrophy, like Duchenne’s and Becker’s appear to be due to a genetic mutation resulting in the absence or deficiency of dystrophin, a protein involved in maintaining the integrity of muscle. Duchenne’s and Becker’s MD involve the same gene and are passed from mother to son through one of the mother’s genes in a pattern called X-linked recessive inheritance: The defective gene is on the X chromosome. Girls have two copies of this chromosome (one X from their mother and one X from their father), while boys only have one copy (one X from their mother, and one Y from their father) Girls in these families are “protected” from the disease because they will always have one good copy to make the protein, but they have a 50 percent chance of inheriting one defective gene from a parent, and a 50 percent chance of passing it to their children. If a boy receives a defective gene, he has no second copy to protect him and will develop the disease. Myotonic Dystrophy is passed along in a pattern called autosomal dominant inheritance. Here, if either parent carries the defective gene for myotonic dystrophy, there’s a 50 percent chance the disorder will be passed along to a child.

What is the conventional treatment?
There’s currently no cure for any form of muscular dystrophy. Research into gene therapy may eventually provide an effective strategy to stop the progression of some types of the disease. Present clinical care is designed to help prevent or reduce deformities in the joints and spine and maintain mobility for as long as possible. Treatment may include physical therapy, respiratory therapy, speech therapy, orthopedic appliances used for support, and corrective orthopedic surgery to release contractures and correct curvature of the spine.

Some individuals may benefit from occupational therapy and assistive technologies like canes, walkers or wheelchairs. Drug therapy includes corticosteroids to slow muscle degeneration; anticonvulsants like phenytoin (Dilantin) and carbamazepine (Tegretol, Carbatrol) to control seizures and hypertonic muscles; as well as muscle relaxants like baclofen (Lioresal) or dantrolene (Dantrium) to deal with spasm. Immunosuppressant therapy has sometimes been used in the hopes of delaying damage to dying muscle cells with mixed results. Antibiotics are given to fight respiratory infections and vaccinations for pneumonia and influenza are often recommended to prevent respiratory complications. Some patients may also need assisted ventilation to treat respiratory muscle weakness and a pacemaker for cardiac abnormalities.

What therapies does Dr. Weil recommend for muscular dystrophy?
At this point in time, the conventional approach along with an outlook on advances in gene therapy and stem-cell therapies provide the best solution for treatment of MD. Integrative therapies, especially focusing on diet, supplementation and the mind-body connection can be supportive and help relieve symptoms.
Try the following dietary tips:

The following supplements can be helpful:

For muscular relaxation, Dr. Weil recommends regular massage to help reduce spasm and involuntary muscle contractions. Therapies that promote body awareness such as Trager or Feldenkrais are favorites of Dr. Weil’s. Moreover, with balance and coordination being an issue in MD patients, Dr. Weil recommends learning a form of movement therapy like tai chi and qigong. These are centuries old, traditional forms of exercise from Asia that employ slow, flowing motions to help improve flexibility and help prevent falls. Several forms can be tailored for people of any age or physical condition.

Dr. Weil encourages practicing some form of mind/body therapy to help achieve states of deep relaxation (for control of pain and muscle spasm) and manage stress. Hypnosis may be helpful as can psychotherapy, biofeedback and guided imagery. You might also try consulting a practitioner of homeopathy or Chinese medicine who practices acupuncture, which may temporarily improve muscle function.

Finally, support groups can be helpful not only for individuals with MD but also for family and friends who are coping with similar physical or mental health challenges. A good support group allows people to share common problems and provides help and encouragement for each other – avoid those that promote a role as victim or dwell on negative aspects. As long as support groups offer a positive environment and proactive solutions, Dr. Weil thinks that they can be a useful part of an integrative approach to any chronic illness.