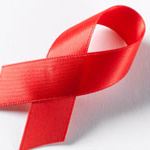 No doubt you’re referring to a new disease that seems similar to AIDS in that it compromises the immune system, making it incapable of fending off infections. The disease is not AIDS, however, because patients are not infected with the human immunodeficiency virus (HIV) that causes AIDS. While the disease has gotten a fair amount of publicity, it is not an epidemic. In fact, it is still rare and not contagious. In a study published in 2012, researchers from the U.S. National Institutes of Health (NIH) identified what they believe to be the cause: an antibody produced in the body against interferon-gamma (IFN-gamma), a cell signaling molecule thought to play an important role in ridding the body of harmful infections. No one knows yet why the body produces this abnormal antibody.

Most of those affected by the new disease live in Thailand or Taiwan, although a few have been individuals of Asian descent living in the United States. One of the infections seen in affected individuals is nontuberculous mycobacteria (NTM), an opportunistic infection that is common in people with AIDS and other immune deficiency diseases but rare in people with healthy immune systems. NTM, a relative of the bacterium that causes tuberculosis, can lead to severe lung disease. The NIH study, which took place in Thailand and Taiwan, enrolled 203 people, ages 18 to 78 years old, 52 of whom had NTM infections¸ 58 had tuberculosis, 45 had other opportunistic infections; 48 of the study participants were healthy volunteers. All were HIV-negative. Blood tests showed that 88 percent of the people in the study with NTM or other opportunistic infections had antibodies that blocked their own IFN-gamma. The study was published online in the August 23, 2012, issue of the New England Journal of Medicine.

Researchers have been calling the new disease an "adult-onset" immunodeficiency syndrome because it develops later in life – the average age of the patients in the NIH study was 50 years. No one knows why this autoimmune condition mostly affects people in Southeast Asia. One possibility is that the responsible antibodies develop over time as a result of a combination of genetic and environmental factors. Because the disease does not run in families, it is unlikely that a single gene is to blame. The good news is that the identification of the likely cause – the antibody against interferon-gamma – may make it possible to treat the underlying problem.

While some of the patients with this disease have died, most have survived, including the 12 who have been diagnosed in the U.S. Current treatment focuses on fighting associated infections, while researchers look for ways to lower antibody levels so that the immunodeficiency can be reversed.