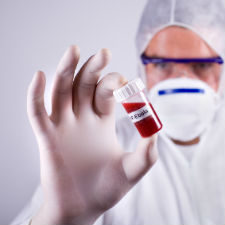 I appreciate your concern. There is a constant flow of news stories on the rapid spread of Ebola infection in West Africa. In recent weeks, a few cases have been reported in both Europe and the U.S., as a result of infections picked up in West Africa by people who then traveled overseas. At this writing in mid-November of 2014, the disease has killed 5,160 people out of 14,098 infected, according to the World Health Organization’s most recent update. This is by far the largest outbreak since the Ebola was first identified and isolated in 1976.

The news stories point out that there is no FDA-approved vaccination or cure, which begs the question – how can this outbreak end? Are we really facing the possibility of millions of deaths worldwide?

The future is impossible to predict, but I do believe there is good reason for hope.

First, health officials agree that it’s highly unlikely that the outbreak will spread to large numbers of people outside of West Africa, and I think their reasoning is sound. Despite rampant speculation about the possibility that mutated versions of the virus can be spread through the air, the best information we have today is that this has not happened, and is not likely to happen. Infection still seems to require direct contact – for example, through blood or bodily fluids of an infected person contacting broken skin or mucous membranes in the eyes, nose or mouth of a non-infected person.

This means that isolating infected people is the single most important way to stop the virus’ spread. A massive public health campaign is underway in West Africa to persuade residents that Ebola patients, their bodies, and their bodily fluids must be touched only by trained, protected medical personnel. These kinds of public information measures helped curtail previous, smaller Ebola outbreaks. I believe they can work again if they are implemented vigorously. As of this writing, there is progress to report – Ebola transmission is no longer increasing in the nations of Guinea and Liberia.

Second, while it’s true that there is no FDA-approved vaccine or drug treatment for Ebola, experimental therapies are under vigorous development. One such treatment, known as ZMapp, appeared to be instrumental in the recovery of two American aid workers who returned to the U.S. after contracting Ebola in West Africa. In October, U.S. health officials issued an order to three laboratories to boost ZMapp production. If any new drug or vaccine shows promise, it will likely be fast-tracked through the approval process and provide a much-needed second line of defense against the spread of Ebola. Médecins Sans Frontières, the international medical aid group, has announced that in December it will start experimental Ebola treatment trials at three of its centers in West Africa.

In short, the latest Ebola outbreak is serious but far from hopeless. I’m confident it can be brought under control, and look forward to the day when the number of cases finally begins to recede. Until then, governments worldwide need to make stopping this outbreak a top priority through both robust aid efforts and fast-tracking pharmaceutical research.