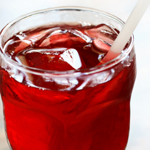 Urinary-tract infections (UTIs) occur when bacteria such as E. coli, which normally live in the small intestine, make their way into the bladder. E. Coli is harmless in the small intestine but can be a problem when it establishes itself in the urinary tract. UTIs are very common, particularly in women, whose urinary anatomy makes them much more susceptible than men. Approximately 11 percent of all women in the United States develop a UTI every year.

The latest study of the effect of cranberry juice on the incidence of UTIs comes from the University of Michigan and appears to challenge earlier findings. It included 319 otherwise healthy college women who were diagnosed with UTIs at the University’s health center between August 2005 and October 2007. The women were randomly assigned to drink eight ounces of 27 percent low-calorie cranberry juice cocktail or the same amount of a placebo twice a day for six months. The findings, published in the January 2011 issue of Clinical Infectious Diseases, showed that those who drank the cranberry juice had a recurrence rate of 20 percent, compared to a 14 percent recurrence rate in those who drank the placebo.

Even the study leader seemed surprised by the results in her reported comments on the findings. She said that the investigators had assumed that they would see a 30 percent recurrence rate among the women who received the placebo. The study authors speculated that perhaps the placebo juice inadvertently contained ingredients that reduce UTI risk. (Both juices contained vitamin C, which inhibits the growth of some bacteria by acidifying the urine.) She also suggested that because the study protocol kept the women better hydrated than they may have been on their own, they may have urinated more frequently, which can have the effect of decreasing bacterial growth and reducing UTI symptoms.

I doubt that this study’s results will be the last word on the effect of cranberry juice on UTIs. I recommend a number of measures that can help prevent urinary tract infections including drinking unsweetened cranberry juice concentrate diluted with water, or taking powdered cranberry extract in capsules.