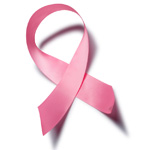 Your friend is not the only breast cancer patient choosing a double mastectomy instead of the removal of the affected breast (or instead of a lumpectomy, if appropriate, to excise the cancer and preserve the breast). A study presented at the American Society of Clinical Oncology’s (ASCO) Quality Care Symposium in San Diego in November (2012) found that more than three-quarters of women who chose to have both breasts removed are seeking "certainty" that they won’t develop cancer in the healthy breast. Some fear that the cancer in one breast will "spread" to the other, although this doesn’t happen. The authors make the point that women choosing a double mastectomy for fear of cancer occurring in the other breast are statistically no more likely to develop cancer in their healthy breast than women who don’t have breast cancer.

The investigators, from the University of Michigan and Memorial Sloan-Kettering Cancer Center in New York City, reviewed the cases of nearly 1,500 women treated for early breast cancer, and found that of those who opted for mastectomy, nearly 20 percent chose to have both breasts removed.

In some cases, the women were being treated for ductal carcinoma in situ (DCIS), a very early type of the disease (it’s classified as Stage 0) that does not spread. Some doctors think DCIS shouldn’t be "counted" as cancer because it is not life-threatening. It occurs in the breast’s milk ducts and shows up on mammograms as tiny specks of calcium. Estimates are that over time, only about 25 percent of these cases eventually will progress to invasive cancer. Nevertheless, in February 2009 the Journal of Clinical Oncology published a study online showing that the rate of double mastectomy among women with ductal carcinoma in situ increased by nearly 150 percent between 1998 and 2005. Although a double mastectomy vastly reduces the risk of developing invasive breast cancer (by about 90 percent) among women with DCIS, it doesn’t eliminate it entirely. Cancer can still develop in the small amount of breast tissue that can’t be removed surgically – in the armpit, above the collarbone and on the chest wall.

The new study presented at the ASCO symposium also found that many women opt for a double mastectomy in the belief that breast reconstruction will be more symmetrical if both breasts are removed, but the authors noted that this isn’t so. Excellent cosmetic results are possible when only one breast is removed.

A double mastectomy makes sense for fewer than 10 percent of women with early breast cancer – those who have a strong family history of breast or ovarian cancer or have the genetic mutation BRCA-1 or BRCA-2 (only 1.5 percent of all women). But the new study showed that 70 percent of the women who chose double mastectomies did not have these risks.