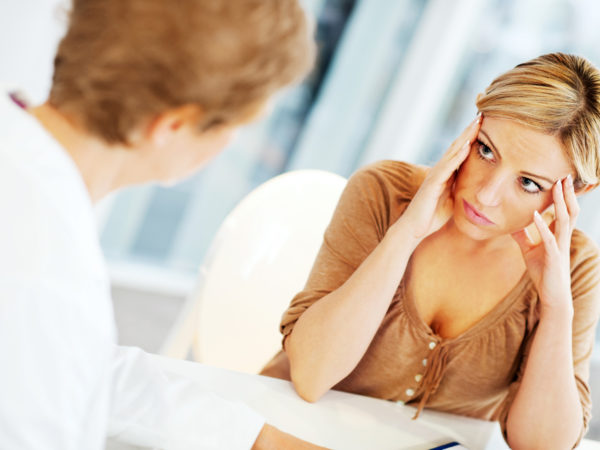 What your sister has experienced is fairly rare, but there are two possible explanations for how it can happen. The first is that cancer was already present in the ovaries and had spread to the abdominal cavity before the hysterectomy. The second is that the same type of cancer can occur in the peritoneal epithelium, the tissue that lines the abdominal cavity and also penetrates the ovaries. Although this tissue accounts for only a small percentage of ovarian mass, most ovarian cancers arise within it. When cancer occurs in the peritoneal epithelium elsewhere, it looks like ovarian cancer under the microscope, has the same symptoms as ovarian cancer, spreads the same way and is treated the same way. If it is known to be of extra-ovarian origin, it is properly called primary peritoneal cancer (PPC). Both ovarian cancer and PPC tend to spread along the lining of the pelvis and abdomen, making it difficult to pinpoint their exact origin.

Symptoms of both include abdominal pain or bloating, nausea, vomiting, indigestion, and changes in bowel habits. Also, just like ovarian cancer, PPC may elevate blood levels of the tumor marker CA-125. Treatment for both PPC and ovarian cancer usually includes surgery to remove as much of the cancer as possible, followed by chemotherapy.

According to the American Cancer Society, in the United States, a woman’s risk of getting invasive ovarian cancer during her lifetime is about 1 in 71. Risks are highest among women with a personal or family history of ovarian cancer, breast cancer or colorectal cancer. The risk increases with age and is higher among obese women and those who haven’t had children. Taking oral contraceptives lowers the risk. Women who have BRCA1 or BRCA2 genetic mutations that increase the risk of breast and ovarian cancer are also at higher risk of primary peritoneal cancer.

Unfortunately, we do not yet have a good screening test to detect ovarian cancer in its early and most treatable stages.