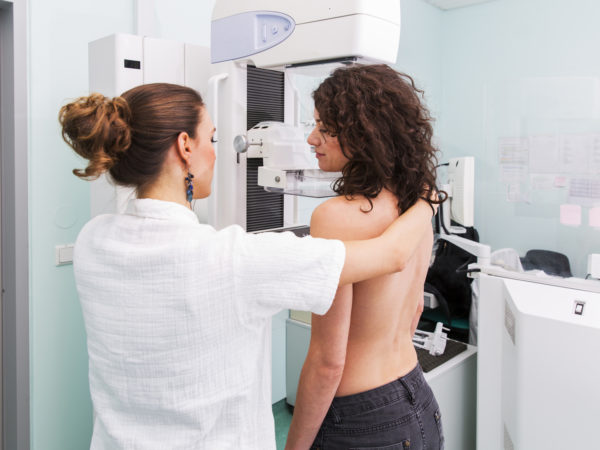 Research from Israel has shown that women of certain specific ancestry often termed Ashkenazi Jewish may carry a genetic mutation that can lead to breast and ovarian cancer even when they have no family history of either of these diseases. The findings prompted the Israeli team to recommend that all Ashkenazi Jewish women (generally, those whose families came from Eastern Europe, Germany or France) age 30 or older be tested for the mutations regardless of whether they have a family history of the diseases. At present, in the U.S. screening for the mutations is recommended only when women in the family have been diagnosed with breast or ovarian cancer.

The Israeli researchers first tested more than 8,000 cancer-free Ashkenazi men age 30 and over. They found that 175 of the men carried one of the three BRCA1 AND BRCA2 mutations associated with breast and ovarian cancer. The researchers then asked the female relatives of the men with the mutations to be tested, and found the mutation present in 211 of these women. About half of these women had little or no family history of cancer but did have high rates of cancer themselves: by age 60, 60 percent of the women who tested positive for the BRCA1 mutation and one-third of those with the BRCA2 mutation had developed breast or ovarian cancer; by age 80, 83 percent of those with the BRCA1 mutation and 76 percent of the BRCA2 carriers had one of the two cancers. The mutations can be passed from father to daughter, which may account for why the diseases hadn’t shown up in earlier generations of women.

So far, the Israeli recommendation to begin testing Ashkenazi women regardless of family history hasn’t been greeted in the U.S. with great enthusiasm. If a woman is found to be carrying one of the mutations, her choices are limited; to reduce the risk of cancer, the options are to remove the breasts and ovaries or to be carefully monitored by MRIs plus mammograms so that any changes indicative of malignancy can be picked up early. Genetic counseling would also be needed to help women – and men – sort out the risks and benefits of testing and deal with its emotional consequences.

At present, the U.S. Preventive Services Task Force recommends against testing when family history doesn’t suggest a cancer risk. The American Cancer Society recommends testing primarily when there is cancer in the immediate family or when relatives have developed cancer at an unusually young age.

Source:
Ephrat Levy-Lahad et al, “Population-based screening for breast and ovarian cancer risk due to BRCA1 and BRCA2.” Proceedings of the National Academy of Sciences, doi:10.1073/pnas.1415979111