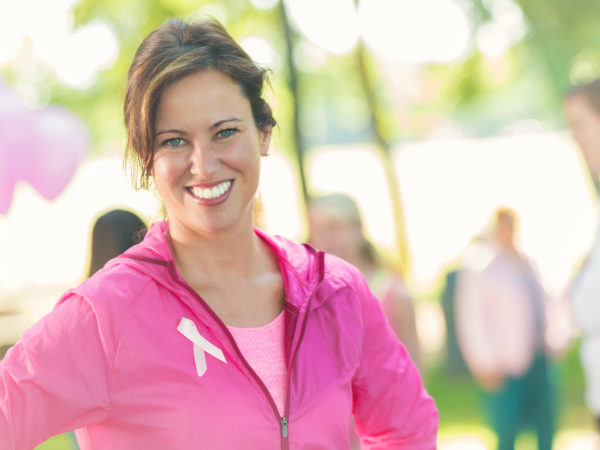 Yes, it is true. A review from Duke University published in January 2013 reported that women diagnosed with early stage breast cancer who had lumpectomies (removal of the tumor and some surrounding tissue), followed by radiation, may have a better chance of long term survival than women who had mastectomies.

The Duke researchers said they undertook the investigation in view of a trend among breast cancer patients toward mastectomy, even though earlier research established that lumpectomy with radiation is as effective in terms of survival for women with early breast cancer.

Based on their analysis of 14 years of data from the California Cancer Registry, the research team reported that lumpectomy was associated with improved survival regardless of the age of the patient or whether or not her tumor was hormone sensitive (dependent on estrogen for growth). This is important because estrogen stimulates the growth and division of most breast cancer cells. After surgery and radiation, patients are often advised to take the anti-estrogen drug tamoxifen, which prevents estrogen from binding to breast cancer cells by blocking receptors on those cells. Two other drugs that can be used for this purpose are raloxifene (Evista) and toremifene (Fareston®). And, a class of drugs called aromatase inhibitors (Aromasin) prevent production of estrogen from other hormones; they appear to work as well as or better than tamoxifen to prevent recurrences.

The Duke review showed that women who were 50 years of age or older when they were diagnosed and had hormone-sensitive tumors were 13 percent less likely to die from breast cancer and 19 percent less likely to die from any cause compared to women who had mastectomies. Unfortunately, the study did not include information about the use of anti-estrogen drugs, which might help explain the survival advantage.

The analysis included health and medical information on 112,154 women diagnosed with stage I or II breast cancer between 1990 and 2004. Of that number 61,771 had lumpectomy followed by a course of radiation to destroy any remaining cancer cells. Another 50,383 women had mastectomy and no radiation. The research team followed all the patients for an average of 9.2 years. They also looked into the question of whether illnesses other than breast cancer, such as heart and respiratory disease, played a role in a woman’s choice of treatment. When all other illnesses were taken into consideration, the investigators found that within three years of diagnosis, survival rates were higher among the women who had lumpectomy and radiation. They said that this may mean that the women who opted for lumpectomy were healthier to begin with.

Because this study was observational in nature, it doesn’t prove that the type of surgery the women had was responsible for the higher survival rates seen.

The Duke report appeared online January 28, 2013, in the journal Cancer.