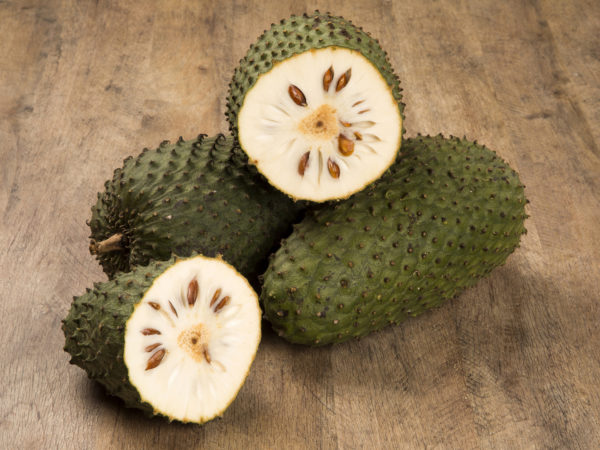 I’ve seen Internet hype on graviola, which is being widely promoted as a cancer-fighting herb. Some Web sites claim that it is 10,000 times stronger than the chemotherapy drug Adriamycin, and that it is effective against prostate, lung, breast, colon and pancreatic cancers. None of these claims about graviola benefits is true.

I asked Tieraona Low Dog, M.D., an internationally recognized expert in the fields of integrative medicine, dietary supplements and women’s health, about the graviola fruit. Dr. Low Dog, an expert in botanical medicine, told me that it is the common name for Annona reticulata, also known as custard apple, a tree that grows in South America and the Caribbean islands and is prized by locals for its delicious fruit and medicinal properties. She explained that the unripe fruit is used traditionally to treat diarrhea and dysentery. The leaves are taken internally to eliminate worms and other parasites and are also applied topically for poorly healing wounds. The root bark is used to reduce fever.

The idea that graviola is an effective cancer fighter comes from research at Purdue University’s School of Pharmacy and Pharmaceutical Sciences on the active components of the tree, unique substances known as annonaceous acetogenins. The Purdue investigators found them to be potent inhibitors of cancer cells while leaving normal cells alone. They also found the compounds to be effective against drug-resistant cancer cells.

But these were in vitro results – that is, the results of adding the annona derivatives to cancer cells growing in test tubes. This is a long way from clinical trials to determine the safety and efficacy of these compounds in people with cancer. In fact, I have found no human studies at all of graviola, for treatment of cancer or anything else. We do not even have basic safety data on graviola extracts. What’s more, there is no way to tell whether commercially available graviola contains any of the compounds studied at Purdue. Indeed, the compounds used in the test tube studies didn’t come from the custard apple tree at all, but from the leaves of annona glabra, a related tree that grows in Florida and produces a fruit called pond apple.

Dr. Low Dog says she wouldn’t take or recommend graviola or its extracts as a dietary supplement. I agree about the questionable nature of graviola benefits claims.