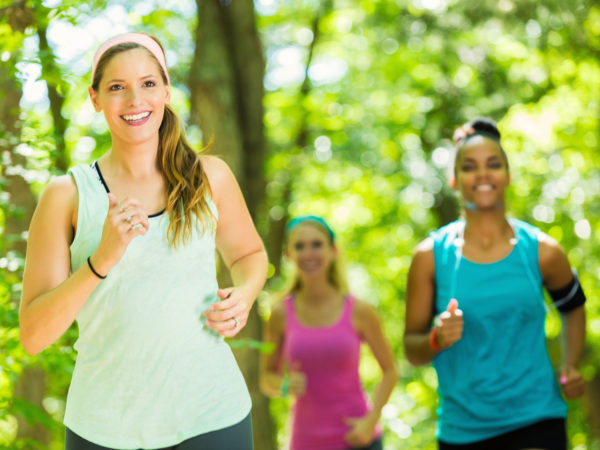 True. An accumulating body of evidence suggests that exercise has a positive impact on the course of breast cancer and cancer survival. The most recent study on this subject found that overweight women who were physically active in the year before developing breast cancer had better five-year survival rates than women who did not exercise. This study, conducted by researchers at the University of North Carolina, Chapel Hill, also found that exercise did not appear to have the same benefit for women of normal weight and that physical activity during adolescence or early adulthood didn’t seem to affect survival. The study was published in the October 15, 2006 issue of Cancer.

The North Carolina findings weren’t the first to suggest that physical activity improves the odds of breast cancer survival. A study published in the May 25, 2005 issue of the Journal of the American Medical Association found that women who walked as little as an hour a week at a pace of two to 2.9 miles per hour improved their survival by 20 percent compared to women who got less exercise or none at all. Women who walked three to five hours a week had a risk of death 50 percent lower than those who performed little or no exercise. Those who got even more exercise also reduced their risk of death but, unaccountably, by somewhat less than 50 percent. The researchers noted that the benefit of physical activity was particularly apparent among women whose breast tumors were fed by estrogen.

Remember that the more fat you have on your body, the more estrogen you produce, because fat cells contain enzymes that increase estrogen production. This may explain results from the North Carolina study showing exercise to be more beneficial in women who were overweight near the time of diagnosis.

These findings also make sense when you consider that physical activity affects circulating hormones and may lower estrogen levels enough to explain improved survival in more active women. We’ve known for some time that exercise can protect against developing breast cancer in the first place, but until recently, we thought that those who benefited were women who did strenuous physical activities when they were young. However, in September of 2003 the Journal of the American Medical Association published results of a study involving more than 74,000 women followed for nearly five years. It showed that even women who don’t begin exercising until later in life can lower their risk by 20 percent, and that a brisk, half-hour walk five days a week will do the trick. In this study, the exercise effect was seen among women at all levels of risk, even those with a strong family history of breast cancer, those who hadn’t had children (a long-recognized risk factor), and those who had taken hormone replacement therapy.

The most important risk factors for development of breast cancer – being female, frequent occurrence in family history, and getting older – are beyond your control. The amount of physical activity you get is definitely something you can control. Starting now has a clear benefit, even if you didn’t exercise when you were young. If the recent evidence on exercise and breast cancer holds up, a brisk daily walk may save your life. Get moving!