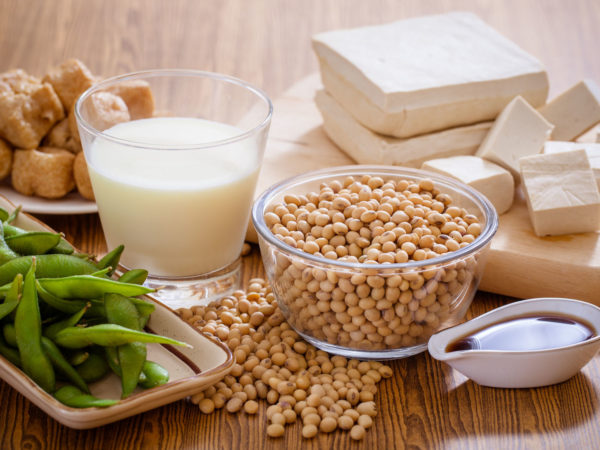 You raise an interesting question. Recently, a Harvard researcher gave a provocative talk on the association between cancer and cow’s milk and other milk products. The scientist, Ganmaa Davaasambuu, M.D., Ph.D., a native Mongolian, noted that ingestion of natural estrogens from cows (particularly from pregnant cows) in milk may be linked to breast, prostate, and testicular cancers in humans. All are “hormone-dependent” tumors, meaning that they need sex hormones to grow.

Dr. Davaasambuu cited a study comparing diet and cancer rates in 42 countries that showed a strong correlation between milk and cheese consumption and the incidence of testicular cancer among men age 20 to 39 – rates were highest in high consuming countries such as Switzerland and Denmark and low in Algeria and other parts of the world where people eat less dairy. She also linked rising rates of dairy consumption to the increased death rates from prostate cancer (from near zero per 100,000 men five decades ago to seven per 100,000 men today) and noted that breast cancer also appears to be linked to milk and cheese consumption.

Dr. Davaasambuu emphasized that natural estrogens are 100,000 times more potent than environmental estrogens and that today’s cow’s milk is particularly rich in them. The principal reason is that dairy farmers now milk their cows about 300 days per year. For much of that time the cows are pregnant, and as pregnancy progresses, the estrogen content of their milk increases. According to Dr. Davaasambuu milk from cows in the late stage of pregnancy can contain up to 33 times as much of the hormone estrone as milk from non-pregnant cows.

In the United States, skim milk (as opposed to whole or two percent milk) has the lowest levels of hormones. That’s not surprising because hormones are fat soluble. In this respect, skim milk is much like milk in Mongolia where cows are milked for only five months a year and not in the late stages of their pregnancy. Another of Dr. Davaasambuu’s studies showed increased hormone levels among Mongolian third-graders after a month of drinking commercial milk from the United States.

Organic milk is better in many respects than conventional milk but still may be full of natural hormones. My advice: cut down on dairy products. Substitute soy milk for cow’s milk when possible.