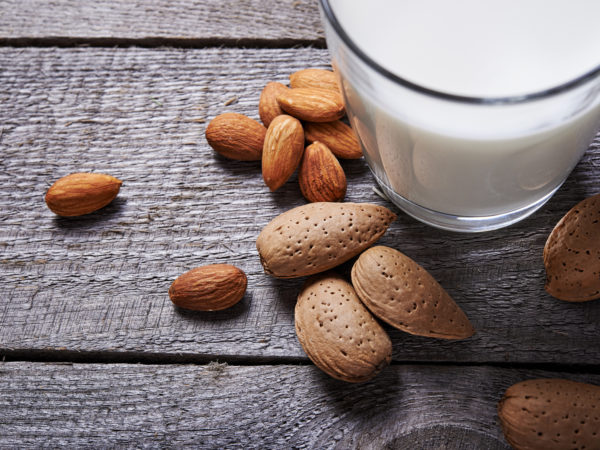 Evidence connecting milk consumption to breast cancer is contradictory, but results of a recent study from Denmark suggest that it may play a role in the increasing incidence of the disease during the past 50 years. In a study involving more than 117,000 women, researchers from the Statens Serum Institut found that height is a risk factor for breast cancer, particularly when it stems from a growth spurt between the ages of eight and 14. In Japan, an increase in women’s average heights over the last 50 years may be related to milk consumption. During that time breast cancer incidence doubled from 40 to 80 cases per 100,000 women. The findings were published in the October 14, 2004, issue of the New England Journal of Medicine. Commenting on the results in the same issue, two experts from Harvard Medical School noted that milk consumption increases circulating levels of insulin-like growth factor 1, a growth hormone associated with higher stature. It isn’t known yet exactly how this might contribute to childhood growth and breast cancer risk. But if milk drinking is to blame for the increased incidence of breast cancer, the amount consumed during childhood could be the key, not the amount adult women are drinking today.

To confuse matters, an earlier study had suggested that the vitamin D and calcium women get by consuming low-fat dairy products, including skim or low-fat milk lower the risk of breast cancer before menopause but not afterward. These findings came from data drawn from the famed Nurses Health Study, which began in 1976 and includes more than 120,000 nurses in 11 states. In 2002 Harvard researchers published an analysis of information from more than 88,600 of the women showing that consumption of dairy products – either before or after menopause – had no effect one way or the other on the breast cancer risk among postmenopausal women. The study was published in the September 4, 2002, issue of the Journal of the National Cancer Institute.

Another study, from Norway, published in 2001 also suggested that milk consumption was protective. Data from more than 48,000 premenopausal women researchers showed that childhood milk consumption (regardless of the type of milk and its fat content) was associated with a lower breast cancer risk among women aged 34 to 39 but not among women in their forties. Adult milk consumption also seemed to lower the risk. Among women who drank more than three glasses of milk per day, risk was lowered by about half. The study was published in the Sept. 15, 2001 issue of the International Journal of Cancer.

I recommend against using cow’s milk and products made from milk if you have a personal or family history of eczema, asthma, bronchitis, sinusitis, or autoimmunity. If you do drink milk, I urge you to buy only organic brands without the residues of antibiotics and hormones found in conventional brands. In my opinion, those hormone residues may be the factor responsible for increased risks of cancer, especially hormonally driven cancers.