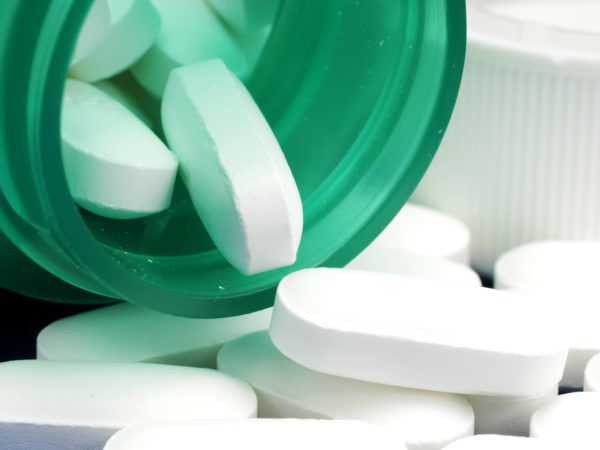 This past October (2003) results from the ongoing Nurses’ Health Study (involving 88,000 women) suggested that taking at least two regular aspirin tablets per week raises the risk of pancreatic cancer. The more aspirin the women took, the higher their risk appeared to be: taking two aspirins daily over 20 years raised the risk of pancreatic cancer by 58 percent. (Incidentally, the women were taking aspirin to relieve headaches or other types of pain, not to protect against heart disease.) The results were presented at a meeting of the American Association for Cancer Research and have not yet been published.

Although the increased risk sounds alarming, the researchers at Brigham and Women’s Hospital and Harvard University Medical School who conducted the study cautioned that their results need to be confirmed by other large trials. The average woman’s lifetime risk of developing pancreatic cancer is 1.4 percent. Even if the new findings prove true, the risk would still be less than two percent.

This is the only study suggesting that long-term use of aspirin might lead to cancer. Others have indicated that regular aspirin use might reduce the risk of colon cancer, the third most common cancer in the United States. And there is evidence that taking aspirin regularly may reduce the risk of esophageal cancer. Pancreatic cancer is much less common, affecting about 30,700 Americans each year. Unfortunately, the disease is rarely diagnosed early enough to treat it successfully, and as a result, every year some 30,000 people die of it in the U.S. The major risk factors for pancreatic cancer are obesity and smoking.

Interestingly, an earlier study relating aspirin use to pancreatic cancer found just the opposite: that taking aspirin regularly may cut the risk in half. This data came from the 28,000 women between the ages of 55 and 69 surveyed as a part of the Iowa Women’s Health Study. Researchers found that the women who took aspirin six or more times per week were 60 percent less likely to develop pancreatic cancer than women who never used aspirin. Those who took aspirin two to five times per week were half as likely to develop the disease as those who never took it, and those who took aspirin only once a week had about 25 percent less chance of developing pancreatic cancer as those who never took it. These results were published in the Aug. 7, 2002, issue of the Journal of the National Cancer Institute.

Because of the differing findings, more research is needed to determine which study is closest to being right. In the meantime, if you’re taking aspirin regularly to protect against heart disease, I see no reason to stop.