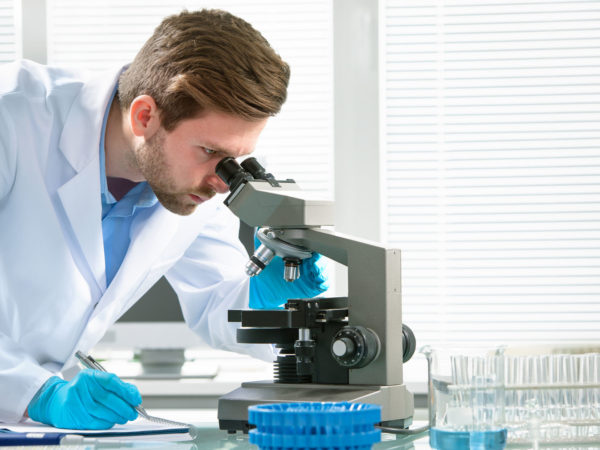 Actress Angelina Jolie wrote about her decision to have a double mastectomy in an opinion piece published in the New York Times on May 14, 2013. She explained that her mother battled cancer for almost a decade before dying at age 56 and that her own genetic testing revealed that she has a harmful mutation in the BRCA1 gene that vastly increases her risks of developing breast and ovarian cancer. Her doctors estimated that because of the mutation and family history, she has an 87 percent chance of developing breast cancer and a 50 percent chance of developing ovarian cancer.

Normally, BRCA1 and another gene, BRCA2, act as tumor suppressors. Harmful mutations make them incapable of performing this important function and thus place women at very high risk of breast (and ovarian) cancer. Having a history of breast cancer in the family doesn’t necessarily mean that you have mutations in these genes, but the National Cancer Institute estimates that  inherited BRCA1 and BRCA2 mutations account for 5 to 10 percent of breast cancers and 10 to 15 percent of ovarian cancers among white women in the United States. According to the American Cancer Society “in the United States, BRCA mutations are more common in Jewish women of Ashkenazi (Eastern Europe) origin than in other racial and ethnic groups, but they can occur in any racial or ethnic group.” You are more likely to have this mutation if you have many close relatives who have had breast cancer.

Once she knew her test results, Ms. Jolie decided to “be proactive and to minimize the risk as much as I could.” She opted for preventive surgery. “I started with the breasts, as my risk of breast cancer is higher than my risk of ovarian cancer, and the surgery is more complex,” she wrote. She had three consecutive operations. The first, called “nipple delay,” checks the breast ducts behind the nipple for cancer and is designed to spare the nipple and surrounding areola. Next, working through incisions in the breast, surgeons remove all the breast tissue but save the skin. In a third procedure, her breasts were reconstructed with implants. This three-stage process began on February 2 and ended on April 27. Ms. Jolie wrote that her children can see her small scars “and that’s it.”

If you think your family history suggests that you might be at risk, your first step should be genetic counseling with a qualified expert who can help you decide whether testing really is necessary. If the test proves positive, he or she can explain your options. (In many cases, results of the tests are unclear.) If a mutation in BRCA1 or BRCA2 is confirmed, you then have to decide what to do. Keep in mind that not everyone with a mutation in these genes will develop cancer, and a woman’s personal risk will vary based on other factors. A prophylactic double mastectomy with breast reconstruction was Angelina Jolie’s choice based on her personal risk. Another possibility is taking tamoxifen, an estrogen-blocking drug. A woman can also volunteer to take part in a clinical trial on breast cancer prevention. Or she can opt for careful medical monitoring in an effort to catch breast cancer early if it occurs, then treat it.

Angelina Jolie was at high risk for breast cancer. And she has six young children. She made the decision that she felt was right for her.