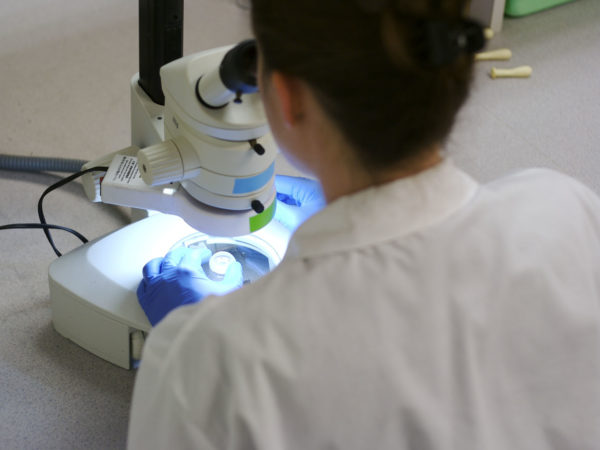 You probably heard about a study from California showing that a substance in cannabis appears to turn off the activity of a gene that promotes the spread of breast cancer cells. But don’t assume that you can get enough of it from smoking cannabis to have this effect.

The compound is cannabidiol (CBD). In the study at California Pacific Medical Center Research Institute, CBD inhibited the activity of a gene called Id-1, which the researchers think is responsible for metastasis – the process by which cancer cells spread from the original tumor to other sites in the body. Id-1 genes are involved in development of the human embryo but then go on “hold” and stay that way unless cancer develops. Then, they can become active and trigger the spread of the disease.

In addition to its ability to block the activity of Id-1 genes, the cannabis compound is said to be far less toxic than the drugs now used for cancer treatment, and therefore may be better tolerated than chemotherapy and, perhaps, radiation therapy. And, no, it doesn’t have the psychoactive effects of cannabis itself: if it is ever used on patients, they won’t get high.

Much more research remains to be done before CBD could be used to treat breast cancer. So far, studies have been done only in the lab. CBD has yet to be tested against any type of animal or human breast cancer. While these findings are interesting, they’re very preliminary.