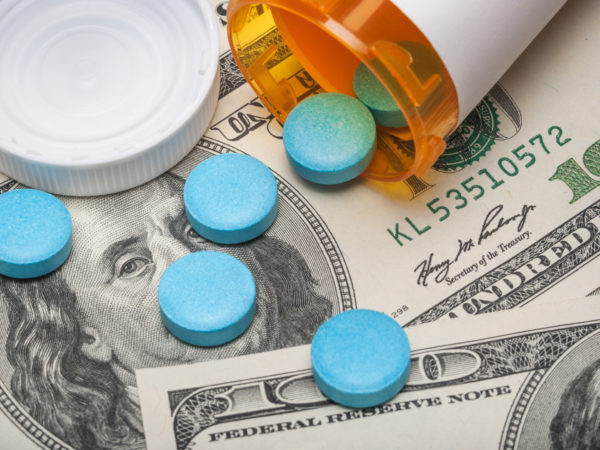 The reported costs of some of the newer cancer drugs is shocking. One, Avastin, used for colon cancer treatment, costs about $50,000 per year. The manufacturer, Genentech Inc., has indicated that it will ask the FDA to approve Avastin for the treatment of breast and lung cancer, at an estimated cost of $100,000 per year! In early July, 2006, Genentech Inc. reported that its second quarter net income rose 79 percent, in large part from the sale of Avastin.

Another of the same company’s drugs, Herceptin, used to treat the more aggressively invasive her2-positive breast cancer, reportedly costs $40,000 a year. And the reported cost of Erbitux, a colon cancer drug distributed and marketed by Bristol Myers Squibb, is in excess of $17,000 a month!

Sure, these drugs are new and exciting – they work by reversing molecular changes in cancer cells or by cutting off blood supply to a tumor, instead of the messy old-fashioned scattershot approach of chemotherapy drugs that kill all rapidly dividing cells. Those damage bone marrow, hair follicles, and the lining of the digestive tract, as well as cancer cells. The newer drugs have fewer potential side effects than some of the older chemotherapy agents, but they still have them, and some are serious (such as severe heart damage, which is associated with herceptin).

Do they save lives? Not really, but they may extend survival. Studies have shown that Avastin can prolong the lives of breast and lung cancer patients for several months when combined with other cancer treatments. While used to treat colon cancer, it generally is prescribed only to patients with late-stage disease and, when taken for 11 months, extends survival for an average of five months when compared to other treatments.

It would be reassuring to believe that the high cost of the new cancer drugs stems from the expense of the research that leads to their development or the cost of production. But at least some drug industry experts say that is not the case. Drug pricing remains a mystery. The truth is that drug companies can charge whatever the traffic will bear. As long as insurance companies and Medicare (which pays for cancer drugs) remain willing to cover the cost of treatment, there is little hope that prices will drop to more reasonable levels. According to Express Scripts, a pharmacy benefit manager, the cost of a cancer drug prescription increased nearly 16 percent in 2005, compared with three percent for other prescription drugs.

That’s very bad news for patients and their families faced with astronomical co-payments. Some may have to forego cutting-edge care simply because they can’t afford out-of-pocket expenses that amount to hundreds, if not thousands, of dollars a month.

Don’t look for any changes in this bleak picture. The pharmaceutical industry has deep pockets and enough friends in Congress to counter any efforts to control prices. Only consumer – and voter – outrage is likely to make a difference. Write to your representatives in Washington on this issue. If you don’t know who they are, look here to find their names and addresses.