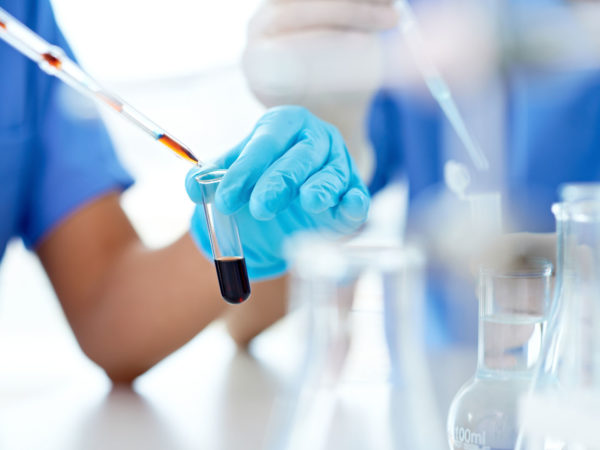 A blood test for colon cancer has been developed by researchers at Johns Hopkins and is now being studied to see if it is as accurate as early research suggests. It looks for proteins made by cancer cells in the blood. In a study published in the June 15, 2007 issue of Cancer Research, the Hopkins investigators reported that when they tested 107 patients, they identified 28 with colon cancer, the same ones independently identified by colonoscopies. The test wasn’t quite as accurate in identifying precancerous polyps – it found only 14 of the 18 revealed by colonoscopies.

Although the test won’t replace colonoscopy, it could help doctors separate people at low risk from those at high risk. If the test shows that your risk is low, you might not need a colonoscopy, a procedure that many people find unpleasant. You have to prepare for it by fasting and taking strong laxatives to clean out your colon. The actual test involves insertion of a fiber-optic scope in the rectum through which the doctor can examine the length of the large intestine for polyps and malignant growths. Patients are sedated for the test and often do not recall the discomfort of the procedure, especially if given Versed, a short-acting anesthetic agent. Although the American Cancer Society recommends that every one over 50 have a colonoscopy once every 10 years, it’s estimated that fewer than half of all Americans actually have the test – probably because of the preparation required and the invasive nature of the “scope.”

The benefits of colonoscopic screening for colon cancer far outweigh the risks. But rare cases of kidney damage have occurred from certain colon cleansing agents, and excessive bleeding can occur, usually from removal of a large polyp. Perforation of the bowel during a colonoscopy can be another rare complication.

For all these reasons a relatively noninvasive screening test for this common form of cancer would be welcome. The Hopkins researchers are now studying the new blood test in a two-year clinical trial with a larger group of patients. If it works as well or better as it did in the smaller, published one, it might become an alternative to colonoscopy for people at low risk of colon cancer.

Meanwhile, a DNA stool test kit to look for mutations in cells from tumors and polyps is also being studied as a colon cancer screening tool but isn’t ready for prime time. Trials so far have shown that the test is 62 percent to 97 percent effective in detecting cancers and 27 percent to 82 percent reliable in detecting large precancerous polyps. Those are pretty wide ranges, so more studies are needed to determine how accurate this test is. There are also the possibilities of false negatives – test results that indicate no cancer is present when it is. Although the DNA stool test is already available, it is expensive and because it isn’t an accepted method of screening for colon cancer, the cost isn’t covered by most health insurance policies or by Medicare.