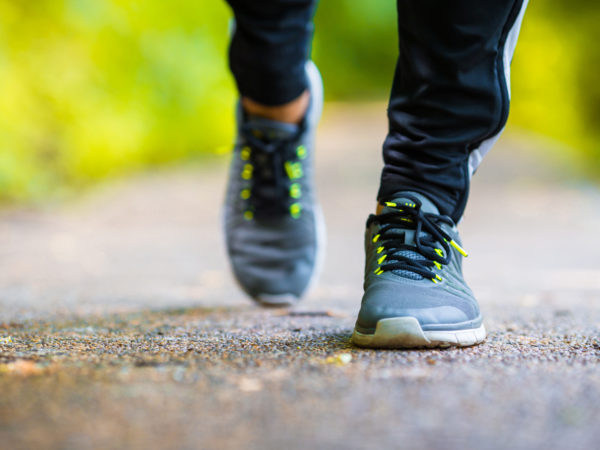 A total of 424 men and women (60 percent of enrolled patients were women) signed up for the weight-loss study and were randomly assigned to one of four low-calorie diets, two of which were described as high-protein. The other two diets provided an average amount of protein. The participants ranged in age from 30 to 70 and all were overweight or obese at the outset. Their bone density at the spine and hip was measured initially, again six months later and again after two years, when only 236 of the original 424 participants remained in the study. By this point, the men had lost an average of eight percent of their original body weight, while the women lost an average of 6.4 percent. Regardless of their calcium intake or the type of foods consumed by the post-menopausal women, those who lost a moderate amount of weight also lost some bone density. Loss of belly fat – linked with the risks of heart disease and diabetes – was particularly associated with bone loss in the study. What’s more, bone loss was also connected to the amount of muscle lost. The men in the study lost more fat than muscle, while in the post-menopausal women the loss of both muscle and fat correlated with declines in bone density.

You’re correct that maintaining a healthy weight (which for some requires weight loss) is important for heart health, can protect against diabetes, and when combined with exercise, lowers the risk of knee arthritis and other disorders. Given the benefits of losing weight to reduce risks to your heart and other aspects of your health, this study’s findings are not good news for postmenopausal women concerned about their vulnerability to osteoporosis and fractures later in life. Some earlier studies have also linked post menopausal weight loss to bone loss and an increased risk of fractures. The Boston research team noted that the bone loss seen in these women might be sex specific and influenced by hormones.

An expert not connected with the study commented in news reports that the bone density losses seen were actually minimal, in the one to two percent range, which she felt doesn’t add much to fracture risk.

Women can help reduce their risk of fractures by increasing weight-bearing exercise such as walking, weight training and calisthenics. Try to do at least 30 minutes of exercise most days of the week. And be sure to get adequate vitamin D (I recommend a supplement providing at least 2000 IU daily) and calcium. Consider taking a calcium supplement if you are not eating at least three daily servings of calcium-rich foods, if you are postmenopausal, or if you have a family history of osteoporosis.