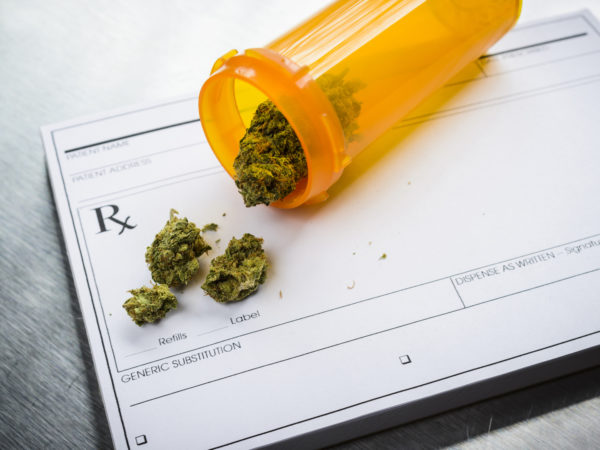 An Israeli study published in 2015 did find that a component of cannabis might help heal broken bones, but the treatment is not yet available. I discussed your question with Donald Abrams, M.D., an oncologist at the University of California, San Francisco Osher Center for Integrative Medicine, and an expert on medical cannabis.

Dr. Abrams says that cannabis might help decrease pain associated with a fracture, but at present, its role in accelerating bone healing is theoretical. He notes that the Israeli study was performed in rats with broken thighbones, not in people. We don’t yet know if the compound tested would be effective in treating human fractures.

Bone cells express receptors for cannabinoids, the active components of cannabis. The brain also has a high concentration of cannabinoid 1 (CB1) receptors. When these receptors bind with the main psychoactive cannabinoid in the plant (delta-9 tetrahydrocannabinol or THC), we experience the “high” associated with cannabis. Dr. Abrams adds that humans – and all animal species down to sponges – have cannabinoid receptors, not because we were meant to use cannabis, but because we make our own endogenous cannabinoids (endocannabinoids). These substances are involved in many physiologic functions, with modulation of pain being one of the most important. Another plant cannabinoid that has been getting a lot of scientific attention is cannabidiol (CBD). CBD is not psychoactive but has pain-relieving and anti-inflammatory activity.  At this point, the only conditions for which CBD has been proved effective are two forms of childhood epilepsy. A CBD pharmaceutical product, Epidiolex, has been approved by the FDA for treating these disorders.

Dr. Abrams notes that researchers in Israel have been at the forefront of investigating the physiologic role of cannabinoid receptors and endocannabinoids in bone health. In their study, the Israeli investigators found that induced fractures of thigh bones in rats healed better when treated with CBD. The healed bone in the CBD-treated rats also appeared stiffer, meaning that it was likely stronger. Fractures treated with THC alone didn’t appear to be as strong as those in animals receiving CBD, and a mixture of CBD and THC proved no better than CBD alone. The investigators concluded that human trials of CBD for fracture healing should be conducted.

However, since CBD is derived from cannabis, the U.S. and many other governments regard it as off limits for clinical trials. In the U.S., cannabis is classified as a Schedule I controlled substance, meaning it has no accepted medical use and a high potential for abuse.

Based on animal studies and some preliminary human data, it appears that cannabinoids may boost the effectiveness of opioid painkillers, making it possible to reduce dosages of those drugs.  Dr. Abrams suggests that if you break a bone and live in a state with legal access to medical cannabis, you could consider using a CBD-rich strain for pain relief. (Of course, you should also follow conventional treatment recommendations.)