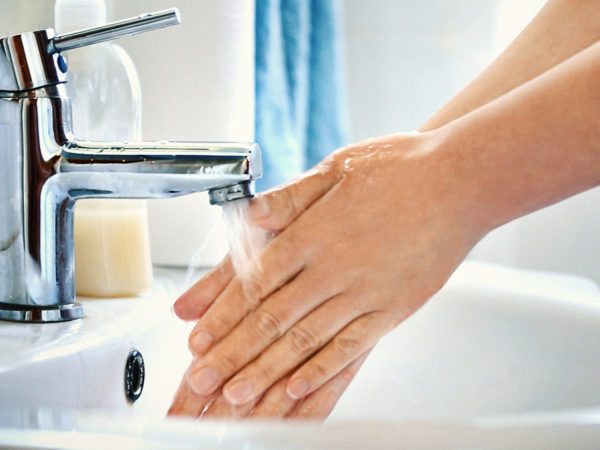 What is Raynaud’s phenomenon?

Raynaud’s phenomenon is classified as either primary, known as Raynaud’s disease, or secondary, known as Raynaud’s syndrome. In either case, it is a disorder that affects small arteries (called arterioles) in the fingers and (sometimes) the toes, causing them to narrow briefly, reducing blood flow. Less often, the nose, ears, lips and even nipples are affected. While the condition can be severe, most cases are not difficult to control.

What are some Raynaud’s symptoms?

With Raynaud’s phenomenon, the fingers (or toes) turn white, then blue upon exposure to cold or in response to emotional stress. The affected fingers feel cold and numb. As blood flow returns to normal, the fingers turn red and throb, tingle, swell or feel numb or painful.

In some cases, even brief or mild changes in temperature can cause an attack, which can last for less than a minute or up to several hours. The frequency of Raynaud’s disease attacks can range from daily to weekly. Sometimes only one or two fingers or toes are affected. Attacks can begin in a single finger or toe and then spread to other digits. In severe cases of secondary Raynaud’s (see below), skin sores or gangrene (tissue death) can occur, but these severe cases are quite rare.

According to the National Institutes of Health, nine out of 10 people who have scleroderma also develop Raynaud’s syndrome, as do one out of three people who have lupus. Raynaud’s syndrome is weakly associated with carpal tunnel syndrome and sometimes can be triggered by medications, including beta blockers used to treat high blood pressure, drugs for the treatment of migraines that contain ergotamine, certain chemotherapy agents, and some over-the-counter cold remedies containing compounds that cause blood vessels to constrict. Other phenomena that can lead to Raynaud’s syndrome include atherosclerosis, certain blood disorders, and specific thyroid conditions.

Still more possible causes of Raynaud’s syndrome are repetitive motions (such as typing or playing the piano) that damage the nerves that control blood vessels in the hands, injuries to the hands and feet (from frostbite, surgery or accidents) and exposure to chemicals such as vinyl chloride.

Raynaud’s phenomenon is most common among women, between the ages of 15 and 40. Additional risk factors include a family history of primary Raynaud’s and living in a cold climate.

The root problem is abnormal neurovascular reactivity – that is, the nerves controlling blood flow through the arterioles become oversensitive, constricting vessels in peripheral areas of the body (fingers, toes, nose and earlobes) in temperatures that should not trigger this response. Constriction of peripheral blood vessels is a normal, protective response to conserve body heat in cold environments, but should occur within definite limits to preserve sufficient blood flow to the extremities.

How is Raynaud’s diagnosed?

If you have symptoms that are compatible with Raynaud’s disease, physical exam and medical history may help your doctor make a diagnosis. Or, if you have one of the conditions that is associated with secondary Raynaud’s, diagnosis can be made on the basis of symptoms and the overall clinical picture. No blood test can diagnose Raynaud’s disease, but two other tests may be recommended to narrow the possibilities:

In addition, you may be tested for autoimmune diseases that can underlie Raynaud’s.

What is the conventional Raynaud’s syndrome treatment?

There is no cure for either primary or secondary Raynaud’s. Raynaud’s syndrome treatment often depends on making lifestyle changes for protection against cold temperatures. In addition to wearing warm clothes, a physician may suggest putting battery operated heat packs inside mittens, boots, socks or pockets. Those who are severely affected by cold temperatures may be instructed to wear gloves or mittens when taking food out of the refrigerator or freezer.

In addition, you may be advised to avoid or stop taking certain drugs that can worsen Raynaud’s. These include over-the-counter cold medications that contain pseudoephedrine, beta blockers used to treat high blood pressure and heart disorders , and birth control pills.

Prescription medications that dilate blood vessels may be prescribed for Raynaud’s phenomenon if lifestyle measures don’t work well enough. These include calcium-channel blockers usually given to treat high blood pressure. Other options are alpha blockers, drugs that counteract norepinephrine (a hormone that constricts blood vessels), and vasodilators that relax blood vessels. No drug works reliably for all patients, so a small series of therapeutic interventions  may be involved to find the right one. While these medications can decrease the frequency and severity of attacks, they also have significant side effects. What’s more, even a drug that appears to work well may stop helping after a while.

If skin sores or gangrene develop as a result of Raynaud’s, antibiotics may be prescribed and sometimes surgery is necessary to remove tissues damaged by gangrene. In severe cases, nerve blocks may be recommended to control the arteries in the hands and feet. This latter treatment typically involves injections.

What therapies does Dr. Weil recommend for Raynaud’s phenomenon?

To prevent the symptoms of Raynaud’s, Dr. Weil recommends dressing warmly during cold weather: Wear thick socks, heavy gloves or mittens, a hat and scarf. If you smoke, stop – along with all the other health hazards smoking presents, nicotine constricts the small arteries (arterioles) in the hands and feet and can worsen Raynaud’s symptoms. Other stimulants including caffeine can also aggravate Raynaud’s.

Dr. Weil also recommends trying mind/body approaches. His colleague, hypnotherapist Steve Gurgevich, Ph.D., notes that Raynaud’s phenomenon is quite responsive to self-hypnosis and biofeedback training in which the subject is told to “warm” the hands. Using these methods, you can quiet the reactivity of nerves and blood vessels in your hands and feet and allow more blood to flow in them.

Dr. Weil’s other recommendations for treating Raynaud’s phenomenon include: