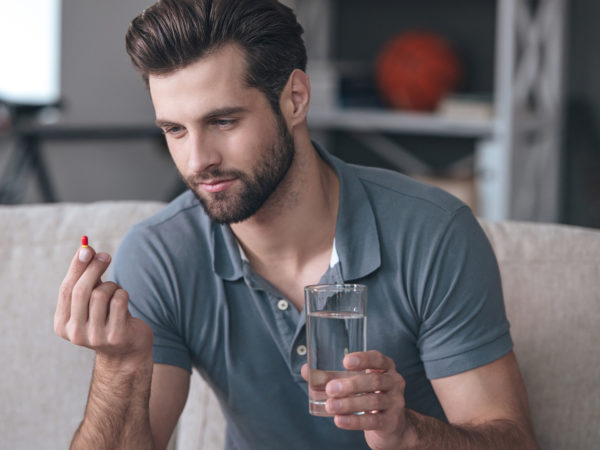 In May of this year (2014) the U.S. Centers for Disease Control and Prevention (CDC) recommended that people at risk of AIDS take a daily dose of the antiretroviral drug Truvada. The recommendation calls for using Truvada plus condoms for protection against infection with the human immunodeficiency virus (HIV) that causes AIDS. Condom use for HIV protection has never been popular, even though it is effective. According to the CDC, 50,000 men and women in the U.S. are infected with HIV annually, despite ongoing public awareness campaigns to use condoms aimed at individuals at high risk or those who have sex with a partner at high risk. That annual infection figure could rise if findings from a 2013 CDC survey are correct: they showed that the number of gay men who reported having unprotected sex increased nearly 20 percent from 2005 to 2011.

Truvada is a combination of two drugs, tenofovir and emtricitabine. It is considered relatively safe and is the only drug approved by the FDA for HIV prevention as well as AIDS treatment. Three studies since 2010 have found that taking Truvada daily can drastically reduce the chances of HIV infection. In one study of gay men, blood tests showed that those who had taken the drug daily were 99 percent protected from infection.

Although the CDC recommends that individuals taking Truvada also use condoms, health authorities doubt that many will follow that advice since the drug works so well on its own. However, unlike condoms, Truvada doesn’t protect against other sexually transmitted diseases such as syphilis and gonorrhea, which require separate treatment with antibiotics.

Those at high risk of HIV include gay men who have sex without condoms, heterosexuals with high-risk partners (such as individuals who inject illicit drugs), male bisexuals who have unprotected sex, and anyone who regularly has sex with an individual who is infected with HIV, plus those who share needles or inject drugs. All told, some 500,000 men and women would be eligible for Truvada prescriptions. The drug costs $13,000 per year, and most insurers cover it. Common side effects include headache, stomach pain and weight loss, which the CDC says usually subside within a month. Rare but serious side effects include liver and kidney damage.

The government guidelines call for HIV testing of prospective patients before the pill is prescribed to determine that they’re not already infected, in addition to retesting every three months to make sure patients aren’t developing side effects to Truvada and haven’t contracted any other sexually transmitted diseases.

Sources:
U.S. Public Health Service, “Pre-exposure Prophylaxis for the Prevention of HIV Infection in the United States – 2014.” http://www.cdc.gov/hiv/pdf/guidelines/PrEPProviderSupplement2014.pdf, accessed May 15, 2014.