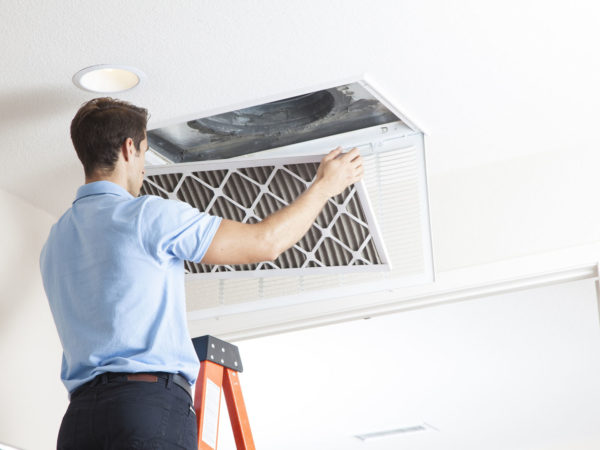 I recommend HEPA (high-efficiency particulate air) filters to clear and clean indoor air. These devices work by forcing air through screens containing microscopic pores, which remove all but the tiniest airborne particulates. They do not emit ozone, an active form of oxygen that, at high concentrations, can irritate lungs and make breathing difficult, particularly for asthma patients.

There are two other types of air purifiers. One type, the “ionic” purifiers, uses static charges to remove particles from the air. Some products draw the charged particles back to the unit. With others, the charged particles adhere to walls, floors, table tops and draperies, which can soil these surfaces. These purifiers also can emit some ozone. Of more concern is another type of air purifier that relies on a process called ozonolysis. These units emit much higher levels of ozone and should be avoided.

A study at the University of California, Irvine (UCI) published in the May, 2006, issue of the Journal of the Air & Waste Management Association found that in small and poorly ventilated rooms the ozonolysis devices added to existing ozone levels, raising them to a point where indoor air becomes unhealthy. Researchers tested various air purifiers in homes, offices and cars. In some cases, the ozonolysis machines pushed ozone levels as high as 350 parts per billion. If measured outside, those levels would trigger a Stage 2 Smog Alert in southern California, something that hasn’t happened there since 1988.

The U.S. Environmental Protection Agency has branded as “misleading” manufacturer claims that ozone will render almost every chemical contaminant harmless. The EPA also noted that available scientific evidence shows that at concentrations that do not exceed public health standards, ozone can do little to remove indoor air contaminants.

Incidentally, another recent study from California has found that many household cleaners and air fresheners may be unhealthy by virtue of the toxic pollutants they emit, particularly when ozone is present in indoor air. Researchers at the University of California at Berkeley looked at products containing ethylene-based glycol ethers classified by the EPA as hazardous air pollutants and those containing chemicals called terpenes, used in pine, lemon and orange oils as solvents or to provide scent. Some research shows that terpenes may react with ozone from air purifiers and office machines to make toxic compounds.

The researchers concluded that under ordinary circumstances exposure is unlikely to reach levels viewed as harmful. But they cautioned against cleaning with products containing these chemicals when ozone generating air purifiers are in use or when outdoor ozone levels are high.