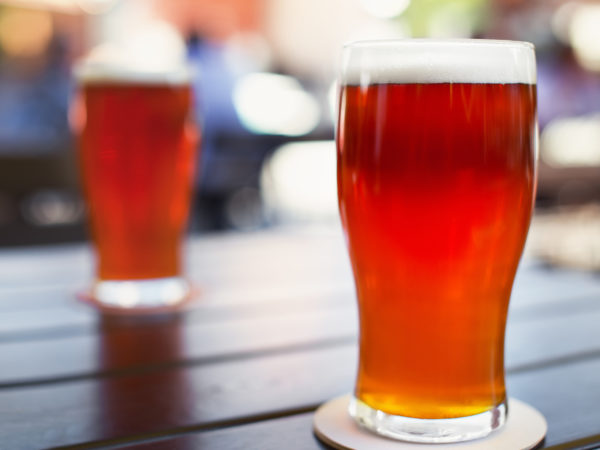 I’ve seen no evidence that hops have an antihistaminic effect or can relieve allergy symptoms in humans. This aromatic herb does have a number of other health benefits, however, some of which may explain your response to drinking hoppy beers. Hops (Humulus lupulus) have been used in brewing since the 11th century to improve the taste of beer and preserve it. They are responsible for the bitterness of beer, more prominent in some craft beers, especially IPA (India Pale Ale).

Hops contain a flavonoid compound, xanthohumol, that may have antiviral, anti-clotting, anti-inflammatory, and anti-tumor activity. They have been used historically to promote sleep, often in combination with the sedative herb valerian. The effectiveness of this combination has been validated in a number of placebo-controlled studies. Additionally, hops have an anti-anxiety effect, which may help explain why you feel less tense after drinking hoppy beer.

Hops also appear to have estrogenic effects; extracts have been shown to reduce menopausal symptoms, and in one study with 100 postmenopausal women, a vaginal gel containing hops reduced vaginal dryness, painful intercourse, itching, burning and inflammation. However, the study was not designed to distinguish between the effects of hops and other components of the gel, including hyaluronic acid and vitamin E.

Earlier this year (2015), I reported on this site about new research from China suggesting that xanthohumol may protect brain cells from the kind of damage that can lead to Alzheimer’s and Parkinson’s diseases. Accumulating evidence links oxidative damage to brain cells with the development of neurodegenerative diseases. Researchers from Lanzhou University reported that xanthohumol protects brain cells in the lab from oxidative damage, and so might slow development of brain disorders.

Finally, research at the Linus Pauling Institute at Oregon State University has shown xanthohumol to be active against breast, colon, and ovarian cancer cells – at least in test tubes. It might also help prevent prostate cancer.