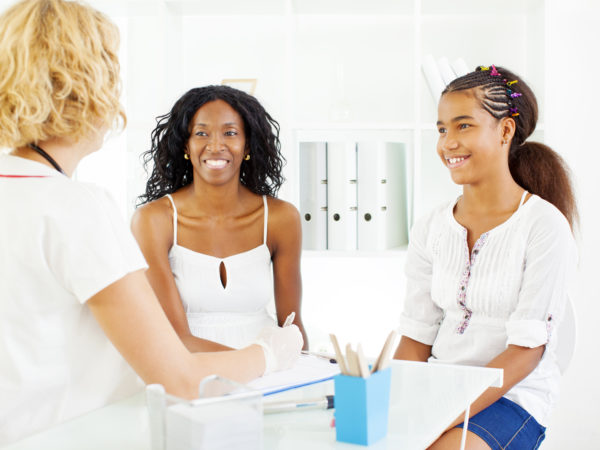 In vitiligo, areas of the skin lose their natural pigment, melanin, resulting in white spots and patches. Vitiligo is likely the symptom of an underlying autoimmune disorder and tends to run in families. It is also more common in people with other autoimmune diseases, particularly Hashimoto’s thyroiditis and type-1 diabetes. Some people trace the onset of their vitiligo to an illness or to emotional trauma and stress, although there’s no clinical proof that such events can act as triggers. Hyperthyroidism (an overactive thyroid) speeds up the body’s metabolism. One of the most common causes is Graves’ disease, another autoimmune disorder that tends to run in families.

I discussed your question with Randy Horwitz, M.D., an allergy specialist and medical director of the Arizona Center for Integrative Medicine. He noted that there are a number of methods of allergy desensitization available. Conventional immunotherapy has the most published data supporting its effectiveness. It carries a very slight risk of severe (anaphylactic) reactions, but thankfully these rarely occur. Dr. Horwitz says that in his opinion, sublingual (under the tongue) immunotherapy is safer. He adds that this has been used in Europe for many years and that there is a body of published data supporting its use. The method is slowly gaining acceptance in the United States.

Dr. Horwitz also tells me that the low-dose allergen (LDA) therapy you ask about is an offshoot of an older method called Enzyme Potentiated Desensitization (EPD) developed in England. Although EPD was imported and used for several years under an investigational review, the FDA denied application for investigational study of EPD as an approved drug in 2001 on the grounds that it isn’t licensed in the United States and that its labeling gave inadequate directions for use.

LDA adds a small amount of an enzyme to a mixture of allergens. There is very little published data to support its use, and Dr. Horwitz does not recommend it. He adds that there is no evidence that “immune boosting” in this manner will alleviate your daughter’s vitiligo or hyperthyroidism (both of which are caused by an already overactive immune system).

I urge you to get a second opinion for treatment of your daughter’s conditions from a qualified integrative allergy specialist.