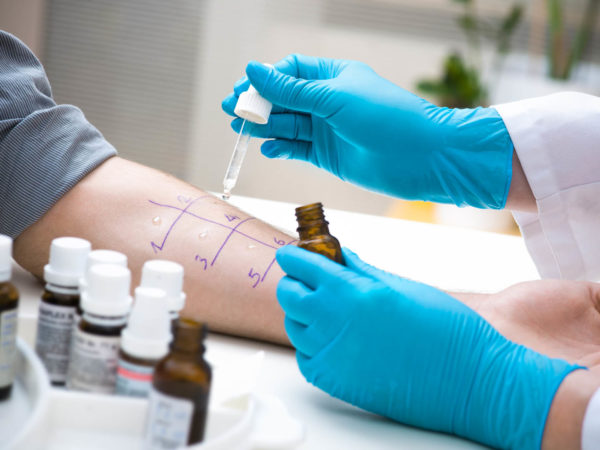 Your allergist is right on this one. Blood tests are not reliable, too often giving false positives – that is, they mistakenly identify an allergy where none exists. This is especially true in food allergy testing. In 2007, a study from Johns Hopkins Children’s Center found that blood tests can both underestimate and overestimate the immune system’s response to an allergen. With food allergies, in particular, blood tests may not distinguish between similar proteins in different foods. This can lead to “positive” tests for allergies to foods that really don’t cause problems. What’s more, blood tests are more expensive than skin tests.

According to the American Academy of Allergy Asthma and Immunology (AAAAI) blood tests (called RAST for radioallergosorbent tests) are used only when skin tests can’t be done (for instance, if you’re taking certain medications) or if you have a skin condition that could interfere with the test. When investigating suspected food allergies, doctors may also perform “challenge tests” in which a small amount of the food (or drug) believed responsible for symptoms is given by mouth (or sometimes inhaled). These tests always require close medical supervision because of the risk of a severe reaction.

The skin (or skin prick) tests involve putting a tiny amount of an allergen into the skin via a small needle puncture. If you’re allergic, you’ll develop some redness and swelling at the site of the prick. This occurs within 15 minutes (the swelling and redness typically disappear within half an hour). Sometimes, doctors will inject a small amount of allergen under the skin – the AAAAI says that this is more sensitive than prick testing, and it can be done if a prick test is negative, but requires you document having allergy symptoms in response to the substance for which you’re being tested.

I would be skeptical of the results from any other types of allergy tests.