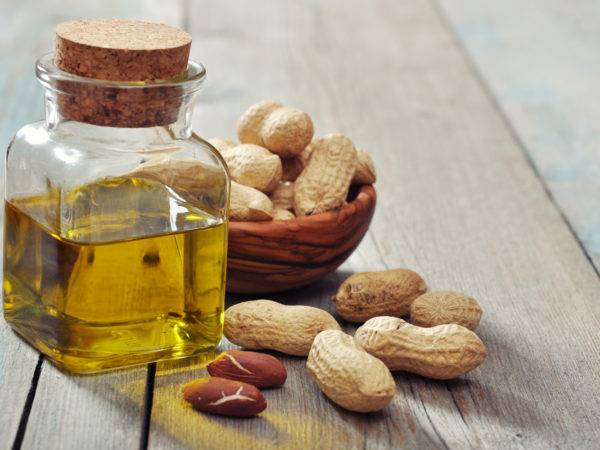 Don’t try this at home.

New research from England does show that researchers were able to build a tolerance for peanuts in a small group of allergic children. After six months of careful administration, they reported that 84 to 91 percent of the kids in the study could eat five peanuts a day without developing symptoms.

In the study, which was described as preliminary, a research team at Cambridge University Hospitals divided 99 youngsters, ages seven to 16, into two groups. All had some degree of peanut allergy. One group received immunotherapy, which involved eating small amounts of peanut protein that were gradually increased over four to six months. The second group avoided peanuts and all foods containing peanuts – this avoidance technique is the standard treatment for peanut allergy.

After six months, 24 of 39 children in the immunotherapy group could tolerate eating about 10 peanuts daily. For the second part of the trial, the kids in the avoidance group were offered 26 weeks of immunotherapy, and afterwards 54 percent of them passed a challenge test demonstrating that they could eat a small amount of peanuts without developing allergic symptoms.

The researchers reported that during immunotherapy about one-fifth of the kids had some mild reactions to peanuts, including nausea, vomiting, itching in the mouth, hives and wheezing. One child developed a severe reaction that required treatment with epinephrine and afterwards withdrew from the study.

Being able to eat five peanuts a day may not seem like a big deal, but it can make an enormous difference in the lives of affected kids and their families. Study leader Andrew Clark noted in a press release that before treatment the “children and their parents would (have to) check every food label and avoid eating out in restaurants. Now most of the patients in the trial can safely eat at least five whole peanuts. The families involved in this study say that it has changed their lives dramatically.” Dr. Clark made the point that the amount of peanuts the kids in the study were able tolerate, although small, are well above levels found in contaminated snacks and meals.

One in 50 children is allergic to peanuts, and accidental ingestion is the most common cause of food allergy reactions severe enough to cause anaphylaxis and death. For this reason, kids with peanut allergy must carry an EpiPen containing an injectable dose of epinephrine that can prevent anaphylactic shock. Teachers or school nurses may be equipped with EpiPens for kids too young to deal with reactions themselves.

Welcome as these study results are, more research will be needed before immunotherapy for peanut allergies becomes widely practiced and available.