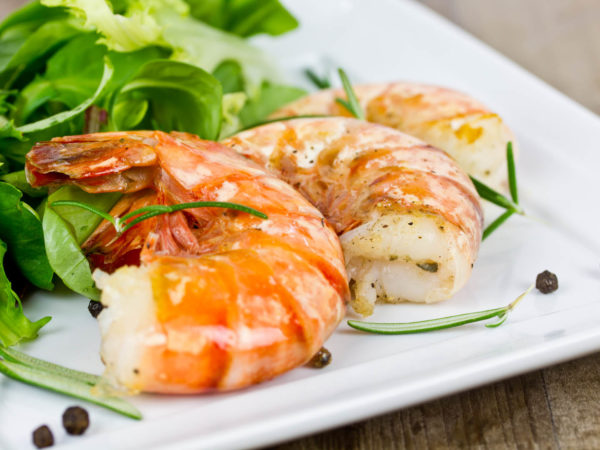 Iodine is a chemical element that humans require in trace amounts for proper growth and development. For adults, the recommended daily allowance is 150 micrograms. Iodine exists naturally in most soils, and is taken up by plants, which in turn are eaten by humans and animals. Most of the human body’s stores of iodine are located in the thyroid gland, which requires it for the synthesis of thyroid hormones.

Allergic reactions to iodine usually stem from iodine-­based contrast dyes injected to sharpen pictures in medical imaging studies such as x-rays and CT scans. These reactions typically are mild and involve nausea, vomiting, itching, flushing and hives. But in some cases, reactions can be quite severe (anaphylaxis) with swelling of the throat, difficulty breathing, profound low blood pressure, convulsions, and cardiac arrest. If you’ve experienced a severe reaction as a result of the dye used for an imaging study, make sure your physician and the radiologist supervising any future x-rays or scans are fully aware of your history.

Strictly speaking, a reaction to an iodine-based dye is not the same thing as an allergy to iodine because it generally doesn’t stem from the same type of immune-system response as a true allergy.

Having a reaction to an iodine-based contrast dye is also not the same as an allergy to seafood, which may be rich in iodine. If you’re reacting to shellfish, the iodine it contains is unlikely to be responsible. It is more likely due to distinctive allergens found in these foods. Most people who are allergic to shellfish react to certain proteins these foods contain, not to iodine. You can be allergic to all types of shellfish or only to mollusks (clams, mussels, oysters and scallops as well as limpets, periwinkles, snails [escargot], abalone, squid, cuttlefish and octopus) or to crustaceans (crabs, lobster, crayfish, shrimp and prawns). Each of these two general types of shellfish contains different proteins.

There is a small chance (about three percent) that if you’re allergic to seafood, you’ll have a reaction to contrast dye, but this is no more likely to happen than it is among people with other types of food allergies.

In general, if you reacted to an iodine-based contrast dye, you should be able to safely eat seafood and other foods high in iodine. If your reaction was to shellfish of some type, you are probably allergic to something other than iodine. And don’t worry about your thyroid. Your body will get the trace amounts of iodine needed to make thyroid hormone from your diet.