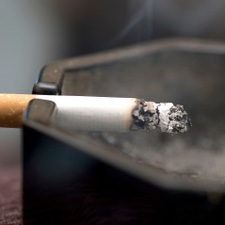 Fifty years ago when the first Surgeon General’s report on smoking and health was published, the concerns were primarily focused on lung cancer. The latest of these reports, released in 2014, documents what we’ve learned since then about the terrible health risks cigarette smoking poses. In addition to the diseases listed above, the Surgeon General’s report lists diabetes, rheumatoid arthritis, erectile dysfunction, immune system weakness (including an increased risk for tuberculosis infection and death), ectopic (tubal) pregnancy, cleft lip and cleft palates in babies of women who smoke during early pregnancy, and age-related macular degeneration. And then there’s the fact that secondhand smoke contributes to strokes among non-smokers.

You are correct in stating that the threat smoking poses goes well beyond lung cancer. All told, smoking-related cancers claimed more than 6.6 million lives over the past 50 years while cardiovascular and metabolic diseases linked to smoking took even more, upwards of 7.7 million lives. Another 2.2 million deaths were attributed to coronary heart disease caused by exposure to second hand smoke.

The new Surgeon General’s report concludes that cigarette smoking kills nearly half a million Americans per year, and if current rates continue, one out of every 13 children alive today will die prematurely of smoking-related causes. That will add up to approximately 5.6 million lives. Here’s another shocker: more than 100,000 babies have died in the last 50 years from Sudden Infant Death Syndrome, complications from prematurity, complications from low birth weight, and other pregnancy problems resulting from parental smoking. On top of all that, a new study from the Roswell Park Cancer Institute found an increased risk of miscarriage, stillbirths and ectopic pregnancy among women smokers and those exposed to secondhand smoke. And a study published online March 5, 2014 in the European Heart Journal found that secondhand smoke causes irreversible damage to children’s arteries putting them at increased risk of heart attack and stroke later in life.

This year’s report on smoking and health warns that the risk of developing lung cancer from tobacco smoking is higher now than it was 50 years ago. The report notes that even though smokers today smoke fewer cigarettes than was common 50 years ago, changes in the design and composition of cigarettes since the 1950s have increased their risk to health. Acting Surgeon General Boris D. Lushniak reported that at least "70 of the chemicals in cigarette smoke are carcinogens, and the levels of some of (them) have increased as manufacturing processes have changed."

When it comes to smoking and health, there is no good news.

Sources:
"The Health Consequences of Smoking—50 Years of Progress: A Report of the Surgeon General, 2014, http://www.surgeongeneral.gov/library/reports/50-years-of-progress/exec-summary.pdf, accessed February 26, 2014