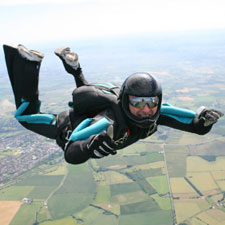 Yes, there is such a thing as an "adrenaline junkie." I discussed your question with psychiatrist Bernard D. Beitman, M.D., Visiting Professor of Psychiatry and Neurobehavioral Sciences at the University of Virginia. Dr. Beitman notes that although the condition is recognized by the scientific community, the term is not yet an official psychiatric diagnosis and, like "sex addiction," the concept needs to be sharpened and clarified through physiological and interview studies. However, Dr. Beitman tells me that by intentionally putting themselves in danger people like your friend activate their fight-or-flight response. He says that firefighters, police, and individuals who participate in extreme sports all seem to fall into this group. In the presence of perceived danger to life and limb, our adrenal glands pump out large amounts of adrenaline (also called norepinephrine), which is closely related to dopamine — the chemical messenger in the brain that plays a major role in pleasure and addiction. Danger also triggers the pituitary gland and hypothalamus to secrete endorphins, the pain-suppressing and pleasure-inducing compounds that are mimicked by opiates, including heroin.

Other examples of the adrenaline high (or "rush") may occur in people with attention deficit disorder who focus better when they are excited by a challenge, probably because their norepinephrine levels are increased, Dr. Beitman says, adding that "drama queens," and people who are driven mainly by anger or hate may also seek the altered state of consciousness associated with increased levels of adrenaline and endorphins.

BASE jumping is an activity likely to attract only adrenaline junkies. The word BASE stands for "Building, Antenna, Span, Earth" all things you can jump off of and "fly" if you’re so inclined (here, "Earth" means cliffs). One form of BASE jumping, called wingsuit flying, is like sky-diving, except that you jump off fixed objects wearing a special aerodynamic "flying squirrel" wingsuit. It’s designed to help you "fly" by converting downward momentum into forward movement until you eventually use a parachute to land. I’ve read that BASE jumping is more dangerous than skydiving because the launching pad, whatever it may be, is much closer to the ground than an airplane would be. As a result, you have less falling time and less room for error. The danger increases exponentially when wingsuit-wearers attempt to come as close as possible to sheer canyon walls during their flights. It has been called the most dangerous sport on earth.

The "high" you get from these dangerous activities is similar to the high you would get from cocaine or amphetamine (speed), only more so. The effect of these stimulants is to flood the brain with dopamine; an adrenaline high is similar. To get a high that’s beyond what you would get with drugs you have to put your life on the line. People can become addicted to the risk and may have to keep raising the limits to get the reward they seek.

You don’t mention whether your friend wants to end this behavior. With any addiction, the addict must want to stop before he or she can do so. Once that happens, I recommend cognitive behavioral therapy as a first step toward a safer life. It can be very helpful in changing thinking patterns that lead to self-destructive behaviors.