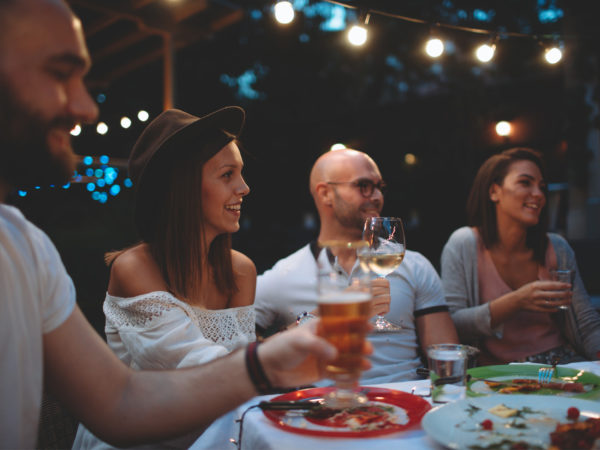 The social pressure to drink alcohol in our society can be strong. It appears to be greatest in the business world, where men, more so than women, often feel the need to drink socially in order to close a deal, woo a client or just show that they are regular guys. But there are plenty of successful men who don’t imbibe at all – including Mitt Romney, Warren Buffett, Larry Ellison and Joe Biden.

An interesting study from England published in 2015 identified a problem with heavy drinking among affluent, better educated people who were otherwise healthy – they didn’t smoke, got plenty of exercise, weren’t depressed and were socially active. The authors concluded, “Harmful drinking maybe a hidden health and social problem in otherwise successful older people.”

In this study, higher-risk drinking was defined as more than 50 units of alcohol per week for men and more than 35 units for women. A small glass of wine or beer provides two to three units, so higher-risk drinking would equal 17-25 glasses a week for men and 12-17 glasses for women. That’s well beyond the amount generally considered safe. One drink or less per day for women and two or less for men are the amounts that appear to protect against coronary artery disease, heart attack and dementia (including Alzheimer’s disease).

Bear in mind, however, that women drinking even small amounts of alcohol may increase their risk of breast cancer and it can be harmful to babies when expectant mothers drink during pregnancy. (While researching your question, I came across an account of a man who deflected the pressure to drink in a business setting by saying, “I’m pregnant,” a strategy that – depending on the circumstances – could get a laugh and change the subject.)

In a New York Times article on dealing with the pressure to drink in the business world, strategies included ordering a drink and then leaving it alone or asking for club soda in a rocks glass or otherwise deceiving glassware. However, if the friends you meet for meals in restaurants are the ones you’re likely to invite to dinner at your home, tactics like this could backfire. They may assume that you’ll be serving alcohol.

At home, you can always ask guests to BYO if they ask what they can bring, but only suggest bringing alcoholic beverages if you’re comfortable having them in your house. Or entertain at lunch or brunch, where alcohol isn’t always expected.

My own drinking habits are moderate. I like premium Japanese sake once in a while or a glass of quality red wine. Otherwise I am more likely to drink water or tea. When I entertain, I usually have wine and beer available for those who want it.