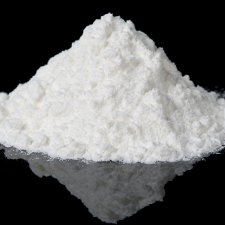 Powdered alcohol is just that – alcohol in powdered form to which you add water, creating an instant alcoholic beverage you can drink right from the packet. In March 2015, the U.S. Alcohol and Tobacco Tax and Trade Bureau, a branch of the Department of the Treasury, approved a brand of powdered alcohol called Palcohol for sale in the United States. The manufacturer has said it plans to bring the product to the market in the summer of 2015.

The four products that have been approved include powdered versions of a cosmopolitan and a margarita (Powderita) as well as powdered vodka and rum. According to the Associated Press, Palcohol founder Mark Phillips has said he expects another Palcohol product – Lemon Drop – to be approved soon.

Not surprisingly, there’s a lot of controversy about this development. Despite federal approval, individual states can outlaw sales of Palcohol within their borders. It is already banned in South Carolina, Louisiana and Vermont, and several other states including Colorado, New York and Rhode Island have made legislative moves toward a ban. Massachusetts defines alcoholic beverages as liquids, so the powdered version can’t be sold there.

One big concern is that teenagers may not use powdered alcohol as intended but may mix it with other powdered drugs, snort it, or not add water as directed, resulting in a stronger drink.

Another worry is that young children who find a packet of the product might be tempted to eat it (although the undiluted powder is said to create a burning sensation and turn gummy in the mouth).

Mr. Phillips has been quoted as saying that his motivation for creating the product was to be able to enjoy alcohol while traveling, hiking and camping without the inconvenience of carrying bottles. But the convenience factor would also enable people to bring alcohol into places where it isn’t allowed, and opens the way for kids to put packets in their backpacks for use wherever and whenever they want. There’s also the possibility that the powder could be used to spike someone’s else’s drink, an issue Mr. Phillips has addressed on Palcohol’s website, noting that the powder doesn’t dissolve instantly but must be stirred for more than a minute to fully dissolve. He maintains that it’s faster and easier to simply sneak liquid alcohol into someone’s drink, if you’re so inclined.

I don’t buy Mr. Phillips arguments against state bans on powdered alcohol. He cites psychological studies showing that when something is banned people want it even more. By banning powdered alcohol, Mr. Phillips warns, states will create a black market that will make it more accessible to kids, like "marijuana."

For the record, according to the World Health Organization (WHO) alcohol consumption is responsible for 2.5 million deaths per year worldwide. It is the world’s third largest risk factor for disease and disability; in middle-income countries it is the greatest risk.