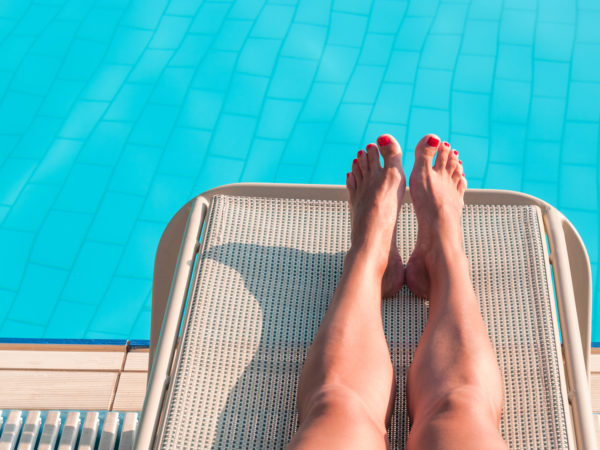 Some evidence does suggest that regular exposure to the ultraviolet rays that cause tanning can trigger brain changes similar to those that take place in people addicted to heroin or other opiates. The latest study to explore this issue found that mice exposed to UV radiation developed physical dependence and addictive behavior. The Harvard researchers who conducted the investigation said they believe their findings are applicable to humans, because the biological response to UV radiation in mice is similar to that of humans. They also found that UV exposure triggered the release of “feel good” endorphins in the mice that travel the same biological path as opiates.

The researchers shaved the backs of the mice so the animals could tan (not burn) with daily doses of UV light for six weeks. They reported that endorphin levels in the mice rose during the first week of UV exposure.

This latest study isn’t the only one linking tanning to addiction. On its website, the Skin Cancer Foundation cites evidence from other researchers that supports the addiction theory and maintains that the “continued, purposeful exposure to a known cancer-causing agent suggests that factors besides lack of knowledge” drive individuals, primarily young people, to tan. The Foundation further notes that some studies show that tanners are motivated by mood enhancement, relaxation, and socialization in addition to the desire for a certain skin tone. Many dermatologists have long suspected that one reason tanning remains so popular despite its well-known dangers is because UV light is addictive.

A study published in 2006 found that when given the drug naltrexone, which blocks the endorphins produced in the skin while tanning, 50 percent of frequent tanners developed withdrawal symptoms including nausea and the jitters, as did the mice in the Harvard study. This didn’t happen to infrequent tanners given naltrexone.

M. Kaur, A. Liguori, and W. Land, et al. “Induction of withdrawal-like symptoms in a small randomized, controlled trial of opioid blockage in frequent tanners.” Journal of the American Academy of Dermatology 2006; 54:709–11.