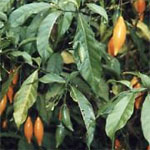 I wrote about iboga, an African hallucinogenic plant, in my book From Chocolate to Morphine (Houghton Mifflin, 1983, 2004). Its active constituent, ibogaine, can be made synthetically and sometimes appears on the black market. Ibogaine is a long-acting psychedelic resembling LSD in effect but is an even stronger stimulant. Africans who drink iboga in all-night ceremonies that include vigorous dancing may stay up the next day and night until the effects wear off. Eventually, they fall into a deep sleep.

The foremost proponent of ibogaine as a treatment for opiate addiction was Howard Lotsof, a New Yorker who was addicted to heroin. He first tried iboga in 1962 searching for a new high, according to his 2010 obituary in the New York Times. To his surprise, he found that he was able to quit using heroin afterward, as were five of six friends who took ibogaine with him.

In the following years, Lotsof campaigned relentlessly for studies to investigate the efficacy of ibogaine as a treatment for opiate addiction. In 1991 he began working with a Dutch psychiatrist, and together they treated 30 addicts around the world. According to Lotsof’s obituary, two thirds of those treated stopped using opiates for periods ranging from four months to four years, a big improvement over the 75 percent relapse rate seen with conventional treatment. However, ibogaine as a treatment for addiction to heroin (and cocaine) hasn’t yet been formally studied in a clinical trial. As a result, we have no reliable, up-to-date information on how often the treatment succeeds or on how long the effects last. Ibogaine is used in addiction treatment clinics in several countries, but it is banned in the United States.

I have known a few people who have gone to Mexican clinics for treatment with ibogaine for heroin addiction and report that it worked for them. However, there may be serious risks involved. Three deaths associated with the treatment have been reported. (Unfortunately, we don’t have reliable information as to whether ibogaine was solely responsible or whether other factors contributed.)

My feeling is that the success of treatment depends on the training and experience of the professionals administering it. An ibogaine trip is a major psychological event, so you wouldn’t want to undertake it with anyone who doesn’t have lot of experience.