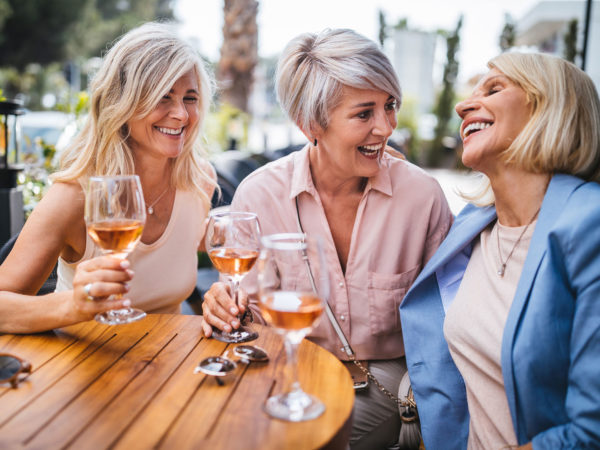 It is true that a large study published in July (2019) found that seniors who are moderate or occasional drinkers live longer than their peers who don’t drink any alcohol at all. A total of nearly 8,000 men and women born between 1931 and 1941 provided researchers with information about their drinking habits since 1992. Based on the data, the participants were classified as lifetime abstainers, current abstainers, or occasional, moderate, or heavy drinkers. The investigators also compiled information on the participants’ health, body mass index, age, sex, education, race and whether or not they suffered from depression or any chronic diseases.

Tracking deaths over time, the investigators found that moderate or occasional drinkers lived longer than people who didn’t drink alcohol at all. The highest mortality rate was among abstainers who had reported drinking in the past. The researchers suggested that these people may have quit drinking because of health problems. The study also showed that female participants who drank moderately lived longer than women who reported that they never consumed alcohol.

Despite the study’s conclusions, the researchers acknowledged that associations indicating potential health benefits of moderate drinking are increasingly viewed with skepticism and that the role of moderate drinking in mortality continues to be debated. There are many health conditions for which no safe dose of alcohol has been found.

Other large investigations of the effects of drinking on health have come to different conclusions. One published in April 2018 and led by researchers from the UK’s University of Cambridge found that regardless of age, if you have more than one drink a day, you’re likely consuming too much. The team reviewed 83 existing studies, involving data on 599,912 current alcohol drinkers from 19 high-income countries. They concluded that drinking more than the amount considered safe in the UK could take years off one’s life. The UK recommended limits are no more than five to six pints of beer or six to seven glasses of wine per week for both men and women. Exceeding those limits was linked to a 14 percent higher risk of stroke, a nine percent higher risk of heart failure, a 24 percent higher risk of fatal hypertensive disease (high blood pressure), and a 15 percent higher risk of a fatal aortic aneurysm.

For the record, a 2017 statement from the American Society of Clinical Oncology (ASCO) made the point that drinkers face higher risks than nondrinkers for developing cancers of the throat, larynx, esophagus, breast, liver, and colon. The more you drink and the longer you’ve been drinking, the higher your risk, especially for head and neck cancers.