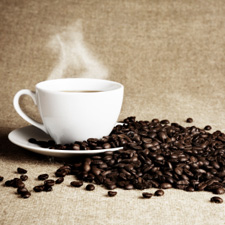 The latest revision of the American Psychiatric Association’s Diagnostic and Statistical Manual of Mental Disorders, known as DSM-5, does include caffeine intoxication, caffeine withdrawal, and "caffeine use disorder," identifying the first two as clinical diagnoses and caffeine use disorder as a "research diagnosis," meaning that more study is required before it can be listed as an accepted clinical diagnosis. The DSM-5 has drawn a fair amount of criticism from mental health professionals, although not necessarily for its attention to problems with caffeine.

Caffeine withdrawal can be difficult for many people. DSM-5 defines it as any three of the following symptoms that develop within 24 hours of stopping or cutting back on caffeine: headache, fatigue or drowsiness, depressed mood or irritability, difficulty concentrating, and flulike symptoms such as nausea or muscle pain. These may seem familiar to anyone who ever reduced caffeine consumption or quit altogether, but according to DSM-5 they don’t rise to the level of a mental health diagnosis unless they are so stressful or troublesome that they affect the way you function at work, at home or in social settings.

Caffeine intoxication essentially means that you’ve consumed too much of the drug – more than 250 milligrams in a short period. Symptoms include any combination of five of a number of side effects including restlessness, flushed face, nervousness, insomnia, muscle twitching, irregular heartbeat and rambling flow of thought and speech. Here, too, these symptoms would be considered a treatable mental disorder only if they make it hard for you to function normally. In 2012, I reported in this space on the increasing number of young people who need medical treatment for caffeine intoxication after consuming multiple energy drinks loaded with caffeine. In one case, the death of a 14-year-old girl was attributed to cardiac arrhythmia (irregular heartbeat) due to caffeine toxicity.

Caffeine use disorder is defined as not being able to give up caffeine despite the fact that it causes troubling adverse effects.

Most people who cut back on or quit using caffeine don’t need medical help. An article in the Wall Street Journal about DSM-5’s new caffeine diagnoses quoted a Johns Hopkins psychologist as saying that 50 percent of people who decide to get off the drug develop headaches, but only about 13 percent need help because they’re not able to function normally as a result.

Caffeine is a potent stimulant and an addictive drug that activates the sympathetic nervous system and can trigger "fight or flight" reactions that prepare the body to respond to emergencies. It can make you jumpy, anxious, and fearful. It can interfere with relaxation, rest, and sleep. If you want to break the habit, the consensus among the mental health professionals quoted by the Wall Street Journal is that gradually weaning yourself off caffeine is the best way to go.

Compared to alcohol and tobacco addictions, caffeine is a much easier habit to break. My advice for those who want to do it without professional help: plan ahead if you want to be successful. Give yourself three days to do it. Arrange to keep yourself distracted and comfortable, and resign yourself to being without energy – and possibly, having a throbbing headache.