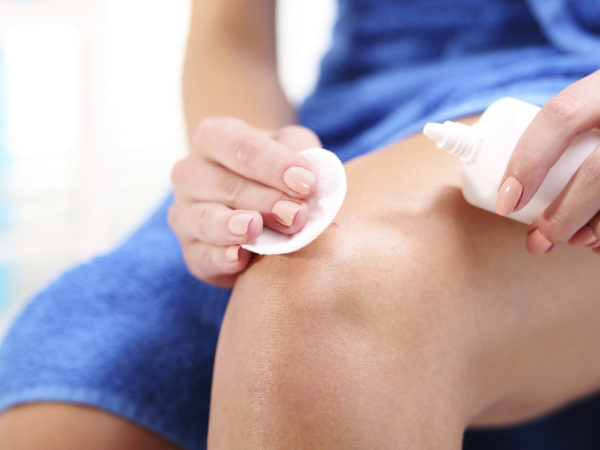 Definitely not. Hydrogen peroxide has long been promoted as a treatment for various diseases, including some types of cancer, asthma, emphysema, AIDS, arthritis, heart and vascular diseases, multiple sclerosis, and Alzheimer’s disease. The flawed rationale for its use is that the chemically active oxygen provided by hydrogen peroxide boosts the body’s ability to destroy cells that cause disease. However, this is not true.

The idea that oxygen might destroy cancer cells goes back at least to the 1930s when Otto Warburg, M.D., a Nobel Prize winner, discovered that compared to normal cells, cancer cells have a low rate of respiration (i.e. oxygen-based metabolism) and seem to thrive in low-oxygen environments. He proposed that higher levels of oxygen should be toxic to cancer cells and might kill them.  Unfortunately, Dr. Warburg was wrong. Oxygen doesn’t slow cancer growth – in fact, tumors grow rapidly in tissues well supplied with oxygenated blood. According to the American Cancer Society, attempts to treat cancer patients by injecting hydrogen peroxide directly into solid tumors or into the blood system have generally been ineffective.

Diluted hydrogen peroxide has legitimate medical uses – to cleanse wounds, for example. But taking it by mouth, as some proponents suggest, or injecting it into veins can be dangerous. Food grade hydrogen peroxide is more than 10 times stronger than the solution approved for use on the skin. The higher strength solution is approved by the FDA to clean food surfaces and for use in certain phases of commercial food production. However, the FDA also requires that any peroxide added to food must be broken down into oxygen and water before the product reaches consumers. Drinking food grade hydrogen peroxide can cause vomiting, severe burns of the throat and stomach, and even death. What’s more, it can burn your skin, and if it gets into your eyes, can damage the corneas, causing loss of vision.

Diluted hydrogen peroxide administered intravenously as some promoters recommend, is particularly dangerous. It can cause gas embolism, a condition that can lead to permanent lung damage, embolic stroke, and, sometimes, death.