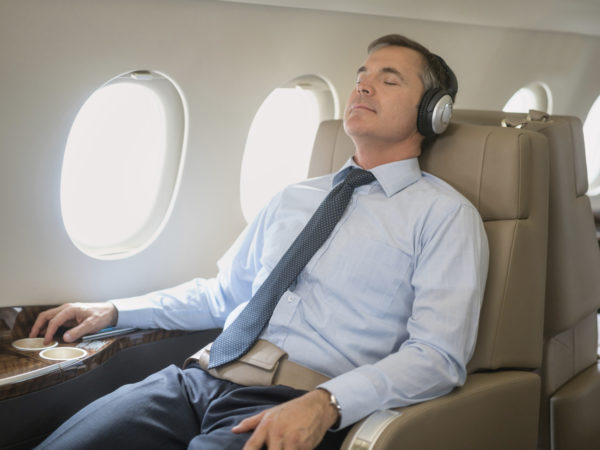 Aircraft air quality is a real problem for millions of travelers and thousands of airline employees. More than a year ago, a report from the National Research Council found evidence suggesting that a number of problems with the air circulating in passenger cabins may cause health problems. The report listed concerns that ozone levels in the cabin air may exceed regulatory standards, that oxygen pressure may not be adequate to protect passengers with pre-existing heart or respiratory diseases and that the air may be contaminated with traces of engine oil, hydraulic fluid, de-icing solutions, and even pesticides sprayed on international flights.

Not surprisingly, those most affected are flight attendants and other crew members, some of whom have been complaining for years about headaches, blurred vision, dizziness, nausea and other health problems which they attribute to poor quality cabin air. Two years ago, Alaska Airlines flight attendants won a $725,000 out-of-court settlement based on their contention that design flaws in two types of planes the airline flies had allowed chemical fluids to mix with cabin air and make them sick. However, the flight attendants lost a subsequent suit against the planes’manufacturers.

The aircraft air quality issue may not be satisfactorily resolved without public pressure on the FAA and Congress for better regulation of this important aspect of air travel. In the meantime, purchasing a portable personal air purifier may make plane trips more comfortable for you. You can find a number of products on the Internet and in catalogs, but I’m not familiar enough with any to make a specific recommendation. Be sure to check with the flight crew before using any portable electronic device while in flight.

If you travel by air frequently, another option I can suggest is an expensive one: fly first class if you can upgrade. The first-class cabin provides more outside air per person. You also may feel better during and after air travel if you avoid alcohol during flights, drink plenty of water, and consider taking an immune-boosting herb such as Echinacea or astragalus before you get on the plane.