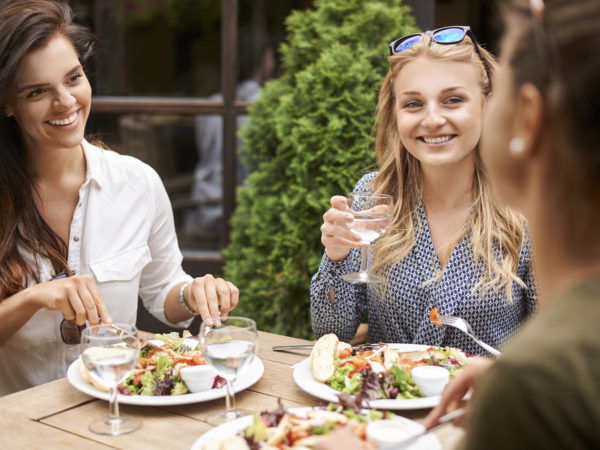 I personally can’t imagine being bored with food, but apparently you’re not the only one with this complaint. I found a fair amount of discussion of this subject online, kicked off by a blog from a fellow named Rob Rhinehart, a 24-year-old electrical engineer, who wrote that “in my own life I resented the time, money, and effort the purchase, preparation, consumption, and clean-up of food was consuming.” He determined that “the body doesn’t need food itself, merely the chemicals and elements it contains. So, I resolved to embark on an experiment. What if I consumed only the raw ingredients the body uses for energy?”

Rhinehart devised a concoction he calls Soylent, which turned out to be very good for him. He got a fair amount of attention online and, as a result, an investment of $1.5 million to develop his drink commercially, which he predicts is going to be “very, very big.” Here’s what he blogged about it: “Soylent is designed from scratch to be as healthy and sustainable as possible, the most refined food in existence. Though too early to tell what the ideal human diet is, it is certainly possible to engineer something better than what most people are living on.” He says it tastes good too. Soylent is not commercially available at this time.

I agree with Rhinehart that it should be possible to create better food “than what most people are living on.” But I don’t think he will find many customers for Soylent among the fast-food burgers and pizza crowd. Rhinehart’s enthusiasm for his invention may resonate with people who don’t like dealing with meal planning and food preparation, which can be demanding, but many people, myself included, enjoy all of it, including growing some of my own vegetables.

I suppose boredom with food might have an upside if it helps with weight loss. Some research suggests that the variety of foods we now have to choose from might be a major contributor to the obesity epidemic. A small study at the University of Buffalo tested the flip side of that idea. Researchers looked at whether or not mealtime monotony might help people shed pounds. They recruited 32 women. Half of the group was served macaroni and cheese daily five days a week while they worked on a 30-minute computer chore. The other half was given the same chore, but were served mac and cheese in only one session a week over five weeks. The researchers found that the women served the mac and cheese daily ate, on average, 100 fewer calories per day for each of the five days. The once-a-week group ate an additional 30 calories at each of their five mac and cheese meals. This suggests that a phenomenon known as “appetite fatigue” can affect the amount of food consumed, and might result in weight loss. The study was published in the August 2011 issue of the American Journal of Clinical Nutrition.

I think it is vastly more satisfying to eat a variety of food daily. You can still lose weight and improve your health while enjoying your meals. If you find yourself bored with food, you might try experimenting with different cuisines to add interest and variety to your diet. Or plan to have meals with friends as often as possible – the sociability factor may change your perspective.