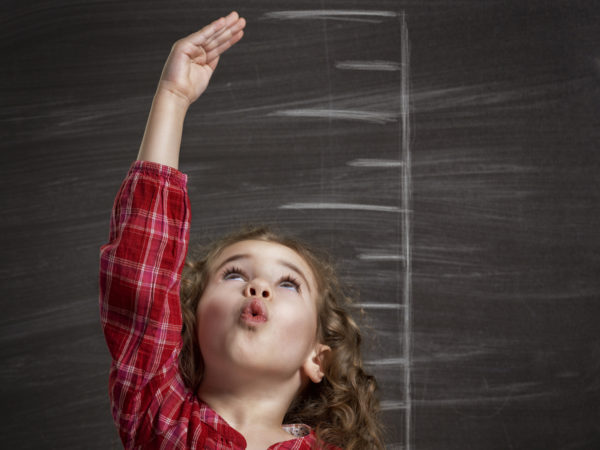 It is certainly true that humans have been getting taller, at least those who live in the developed countries of the West. A fascinating new study from Great Britain found that the average height of 20-year-old soldiers who enlisted in the Army during World War I was five feet six inches. Young men today average five feet 10 inches. That’s a big change in a relatively short period of time, and it happened not only in Britain but also throughout Western Europe. History tells us that while average heights varied a bit in the years between the Middle Ages and World War I, there was no widespread change approaching four inches.

Part of the explanation for the increase is assumed to be the improvement in both the quality and quantity of food available during the 20th century, primarily due to rising incomes and a better standard of living.

But a paper written by Tim Hatton, a professor at the University of Essex in England, one of the study’s three authors, and published in The Conversation, a British publication that aims to combine academic rigor with journalistic flair, makes the point that the increase in height doesn’t always accompany an increase in per capita income. He cites what has been called the “antebellum puzzle” – the fact that height declined and mortality increased in the three decades preceding the American Civil War, a time of rapid economic growth.

Another reason for increasing height after World War I was improvement in living standards, especially in urban areas. Water quality improved, as did methods of dealing with sewage. Slums were cleared, and better housing became available. These changes reduced exposure to infection. Dr. Hatton notes that “repeated infection during infancy and childhood slows growth as nutrition intake declines or is used by the body to fight disease.” Common infectious illnesses of childhood include pneumonia and bronchitis, diarrhea and dysentery.

The study of World War I servicemen showed that those who grew up in areas with high infant mortality (a marker of disease prevalence) tended to be shorter as adults than those who grew up elsewhere. “In the heaviest industrial areas the servicemen were shorter by an inch,” Dr. Hatton writes.

The study also showed that World War I servicemen from middle- class families were taller than those from less affluent families, but those with more siblings were shorter. Not surprisingly, in areas where parents (particularly mothers) were more educated (and therefore had more knowledge about nutrition and hygiene) the sons who enlisted were taller.

All told, the reasons for the increase in height are multiple – not just better nutrition, but also improved hygiene and housing, as well as reduced exposure to infection.