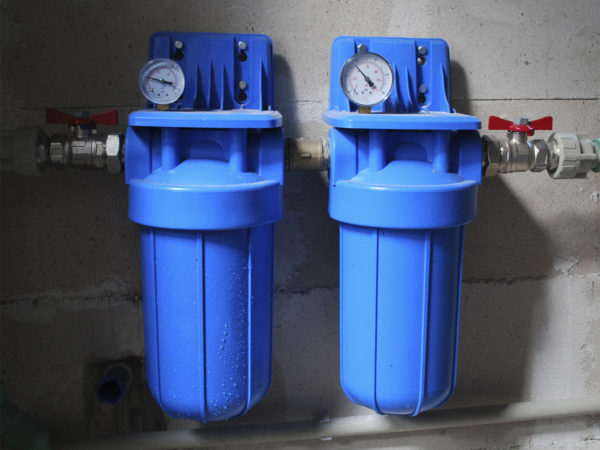 Copper is an essential trace mineral, present in all body tissues. It plays a role in the formation of connective tissue and in the normal functioning of muscles, the nervous system, and the immune system. The daily recommended amount for adults is 900 micrograms. Children need less copper. Although the human body requires these small amounts of copper for good health, you definitely shouldn’t be drinking water that turns the bathtub blue.

Copper is toxic in large amounts, and acute poisoning can lead to nausea, vomiting, diarrhea, and even kidney damage, anemia and death. While it is true that zinc can lower copper stores, I wouldn’t recommend supplemental zinc as a solution to ingesting too much copper in your tap water.

To avoid the copper in your drinking water your best bet is to purify your water with a distiller. The process of distillation kills and removes virtually all bacteria, viruses, heavy metals, and other organic and inorganic contaminants.

In my home and offices I use a water distiller called the PW4HD3 (PureWater4Health.com, 520-303-1646) that can be mounted under the sink. It works silently, produces cool water (some distillation systems produce hot water when the unit is replenishing its storage reserve), and is self-sterilizing. This unit comes with a built-in pump, automatic drain, and all the hoses, fixtures, and “extras” that end up adding to the price of other purification systems. I’ve always thought distillation, rather than filtering, was the best water purification method and that distilled water is best for drinking. Distillation will reliably remove more contaminants than other purifying systems. Although the system is expensive (more than $2,000, installed), the cost works out over time to be much less than that of bottled water.

Whatever purification system you choose, don’t invest in one without doing some homework. The systems vary greatly in quality, efficiency and price. Be skeptical of the claims made by salesmen. Look for a system that meets the standards of the National Sanitation Foundation.