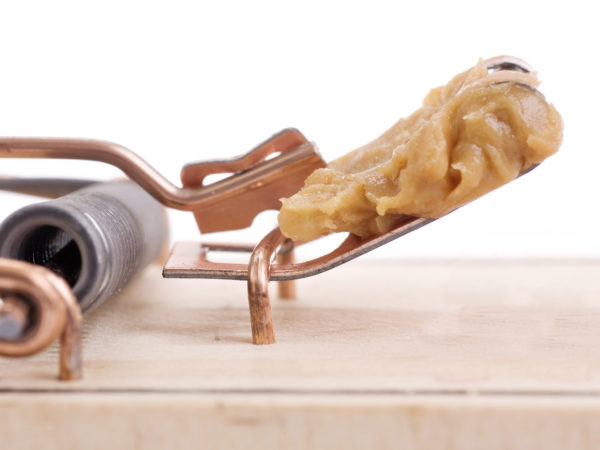 Mice are historically troublesome house pests. Native to Central Asia, they stowed away on ships from Europe and elsewhere and ended up in North America. They can contaminate food meant for humans and pets, and while they usually go after cereal grains, they’ll eat many other foods, and they seem able to get into anything. They’re great climbers – good enough to run up any rough vertical surface, athletic enough to jump up 13 inches from the floor onto a flat surface, and flexible enough to squeeze through cracks as narrow as the diameter of a pencil. More worrisome, they can endanger human health. The common house mouse can transmit bacteria that cause food poisoning, and inhalation of dust contaminated with house mouse urine or droppings can lead to meningitis.

House mice usually move indoors in the fall when it gets colder outdoors, particularly at night. Getting rid of them isn’t easy.

Transonic pest repellants may seem like a good way to discourage mice from settling into your house. These devices emit regularly repeated sounds above the range of human hearing that, in theory, will drive mice away. The trouble is, evidence indicates they are ineffective. Because the sounds are directional, they don’t penetrate behind objects and they lose intensity with distance. According to a report from the University of California at Davis, there is little evidence that sound, magnetic, or vibration devices of any kind will drive established mice (or rats) from buildings or prevent them from taking up residence. I don’t know that they cause any adverse effects in humans, other than the hit your wallet will take as a result of investing in a device that doesn’t work.

Assigning the job of mice control to a cat isn’t the solution either. While some cats (and dogs) will catch and kill mice, cats are unlikely to eliminate existing mice populations. Mice usually can find hiding places where they can raise their young out of the reach of even the most enterprising cat. And, of course, mice will eat the cat’s food (or the dog’s) if it is left out.

Your best bet is to use traps. The advantages are that they don’t require use of rodenticides that could be harmful to humans and pets and you can see whether you’ve caught a mouse and then dispose of it. The best bait to use is peanut butter.

Instead of traps, you could consider glue boards – the mouse gets stuck walking across the adhesive, but these aren’t considered humane since the mouse isn’t killed quickly and may struggle to escape. If you find a live mouse on a glue board, you’ll have to kill it yourself. Flushing isn’t humane and releasing the mouse outdoors just adds to the population that will try to move into your house.

The best way to deal with mice is prevention – sealing or screening all openings that may give mice entry into your house and not leaving any food around to attract them. Be sure to store foods (and garbage) in metal or heavy duty plastic containers with tight fitting lids.