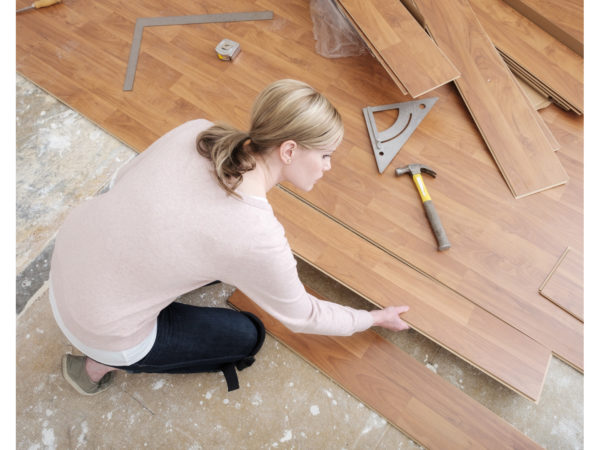 The formaldehyde story comes from a “60 Minutes” report aired on March 1, 2015. The gist of the program’s investigation is that Lumber Liquidators had been selling wood laminate flooring made in China that contains high levels of formaldehyde. The chemical is in the glue used to hold the materials in the flooring together.

Formaldehyde is a known toxin. Exposure can lead to respiratory and sinus problems in the short run and with repeated exposure may cause cancer. At present, however, there’s no way to tell how much exposure over how much time is dangerous. Several surveys conducted by The National Cancer Institute (NCI) suggest that anatomists and embalmers who are exposed to formaldehyde in the course of their work have an increased risk of leukemia and brain cancer compared with the general population.

Lumber Liquidators has denied that its products exceeded formaldehyde emission levels established by the California Air Resources Board. The U.S. Environmental Protection Agency (EPA) is in the process of adopting the California standards for use nationwide. Emission levels reported by “60 Minutes” on the basis of tests it commissioned were up to six to seven times, and in a few instances 20 times, permissible limits.

On March 25, 2015, the U.S.  Consumer Product Safety Commission announced it was testing the Chinese laminates used in the Lumber Liquidators’ flooring to determine if the levels of formaldehyde present could be harmful to human health. Commission Chairman Elliot Kaye was quoted in news reports as saying the investigation would take “months, not weeks” and that it was too soon to tell whether the formaldehyde levels found would warrant a product recall.

Earlier in the month, Lumber Liquidators offered free air quality testing kits to concerned consumers. Test results will be analyzed by certified laboratories and emailed to consumers within 10 days, the company said. However, the New York Times reported that while test kits can measure the amount of a pollutant in indoor air, they do not identify the source. Formaldehyde is used as a preservative in many household products including particleboard, plywood, and fiberboard; glues and adhesives; permanent press fabrics; paper product coatings; and certain insulation materials. According to the National Cancer Institute, other potential indoor sources of formaldehyde include cigarette smoke and unvented fuel-burning appliances, such as gas stoves, wood-burning stoves, and kerosene heaters.

To avoid formaldehyde exposure at home, the EPA recommends using “exterior-grade” pressed-wood products containing phenol resins that emit less formaldehyde than urea resins. Before purchasing pressed-wood products, including building materials, cabinetry, and furniture, the EPA suggests asking about their formaldehyde content. In addition, the EPA advises that formaldehyde levels in homes can be lowered with adequate ventilation, moderate temperatures, and reduced humidity levels through the use of air conditioners and dehumidifiers.

If you installed laminate flooring from Lumber Liquidators two years ago or longer, the formaldehyde should have “gassed off” by now and no longer be a threat. Experts quoted by the Times said that if your laminate flooring is new and you’re feeling sick, make sure your home is well ventilated.