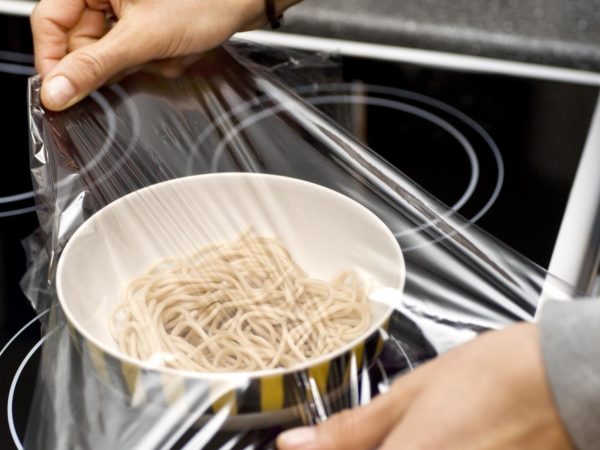 DINP (di-isononyl-phthalate) and DIDP (di-isodecyl-phthalate) are chemicals used to strengthen plastic wrap, soap, cosmetics, and processed food containers. They are derived from DEHP, which earlier research linked to high blood pressure and insulin resistance in humans.

While both of these relatively new compounds were initially considered safe, two new studies from researchers at the Langone Medical Center at New York University found that they may increase risks of developing high blood pressure and insulin resistance in children and teenagers. The investigators said their study results add to growing concerns that environmental chemicals might be independent contributors to insulin resistance, elevated blood pressure and other metabolic disorders.

To make the blood pressure connection, the NYU researchers analyzed blood and urine samples from more than 1,300 youngsters and teens ages 8 to 19. They reported that levels of DINP and DIDP in the blood had a “significant association” with high blood pressure. For every 10-fold increase in the amount of phthalates measured in the samples, the investigators saw blood pressure increase by 1.1 millimeters of mercury.

Lead investigator Leonardo Trasande, M.D., associate professor of pediatrics, environmental medicine, and population health, said in a press release accompanying publication of the study that diets containing fresh foods that are not canned or packaged in plastic reduce phthalate metabolites substantially. He added that the new studies add “further concern for the need to test chemicals for toxicity prior to their broad and widespread use, which is not required under current federal law based on the 1976 Toxic Substances Control Act.”

Dr. Trasande recommends limiting exposure to phthalates by not microwaving food in plastic containers or covered by plastic wrap, and by washing plastic food containers by hand instead of putting them in the dishwasher, where harsh chemicals can lead to increased leaching of plasticizers into food. He also advises against the use of plastic containers labeled on the bottom with the numbers 3, 6, or 7 inside the recycle symbol. Those are the ones containing phthalates. Instead of using plastic wrap, he suggests aluminum foil or wax paper.