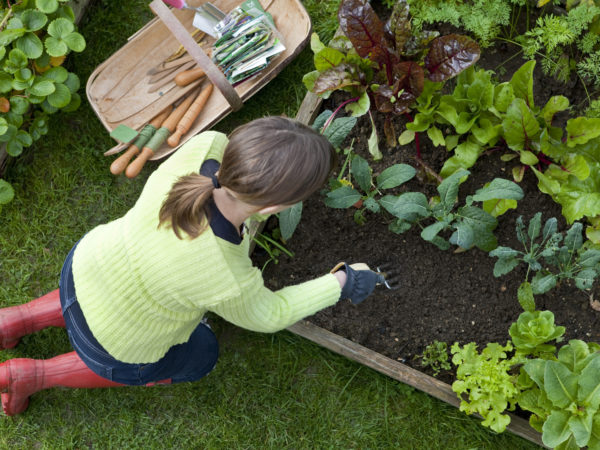 Hydroponic gardening is the cultivation of plants in water without soil. For home gardeners, the advantage of hydroponics is that you don’t have to fight weeds or most of the pests and soil-borne diseases that can plague outdoor gardeners. You also can grow in a much smaller space than is required for a regular garden; you can even get good results on an apartment balcony. Commercial growers cultivate hydroponic plants in greenhouses, either in water or in growing mixes composed of peat or bark.

In the garden, plants get many of their nutrients from the soil. In a hydroponic garden, the nutrients must be supplied via specially formulated mixes. You can buy kits containing all the supplies needed for setting up a home hydroponic garden on the internet.

The question of whether plants grown in hydroponic gardens are as nutritious as those grown in soil has never been answered. Some experts believe that the growing method has little to do with a plant’s nutritional value. And some maintain that the fact that plants don’t come into contact with the soil makes them healthier because there’s less of a chance that they’ll pick up diseases. On the other hand, the pathogens in the complex soil environment can make some plants produce higher amounts of beneficial compounds.

I haven’t been able to find studies that settle the issue one way or the other, but I did come across a 1994 industry-commissioned study that concluded that hydroponic peppers and tomatoes were more nutritious – and more flavorful – than the same varieties grown organically and grown by conventional methods. That doesn’t square with my own experience with hydroponic tomatoes. While growers often say they breed their tomatoes for flavor, I’ve found that while the fruit often looks attractive, the flavor is usually insipid, nothing like that of the best organic or homegrown tomatoes. Nothing beats the burst of summer flavor that comes with tomatoes sun-ripened in your own garden or in the fields of a good, local organic farmer.

A big question relating to hydroponics is whether vegetables grown this way can be considered organic. Some commercial hydroponic growers use pesticides on their crops, and while home hydroponic gardeners can get organic media in which to grow their plants, most commercial operations rely on solutions of chemicals and minerals that don’t qualify as organic.

If you go forward with your plans to start a hydroponic garden, I encourage you to explore making it organic as well. In addition to the fact that organic produce is pesticide free, several recent studies have shown that the antioxidant content of a number of organically grown fruits and vegetables is higher than it is in their conventionally grown counterparts.