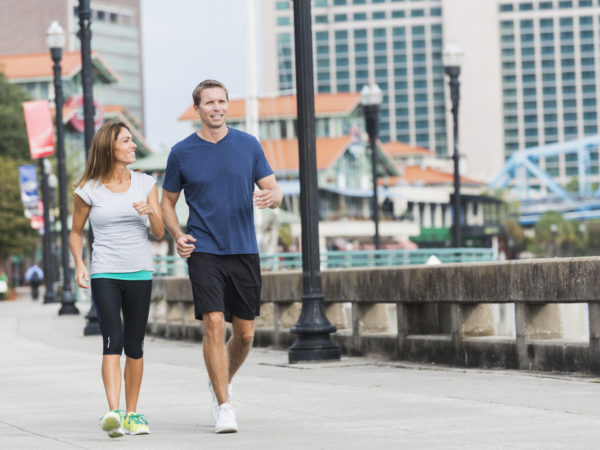 You may be referring to posters distributed in New York City in late 2011 to inform people how many calories they would be consuming with certain sugary drinks. In addition to the calorie counts, the posters listed the distance one would have to cover to walk off a 20-ounce soda.

More recently, researchers from the University of North Carolina conducted an online survey to examine the responses of 802 participants to various menus. One of the menus listed only calorie counts per item; another listed calories plus information on the time it would take to walk them off; a third showed the calories plus the actual distance you would have to walk to burn them off. The calculations listed in the menus were based on the time it would take for a 160-pound adult walking at a rate of 30 minutes per mile, which should not be challenging to anyone who is in average shape. For example, the time to burn off a 250-calorie burger was 78 minutes, the distance 2.6 miles.

Providing information on how much activity is required to work off calories in foods apparently can make a difference. A study from Johns Hopkins, published in February 2012, in the American Journal of Public Health, found that posting information about how long it would take to work off the calories in a soda or a bottle of fruit juice (50 minutes of running) reduced the odds that teenagers would buy the drinks. The signs were posted in corner stores in a low-income Baltimore neighborhood. Signs that merely showed the calorie counts had no apparent effect on purchasing decisions.

If you’re interested in knowing how much exercise it takes to burn off a set amount of calories, you can find any number of online calculators that will give you calories burned per hour for many different activities for someone of your height and weight. 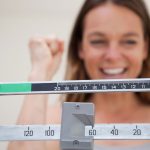 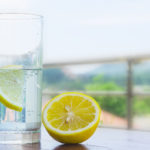 Sipping Too Many Calories?