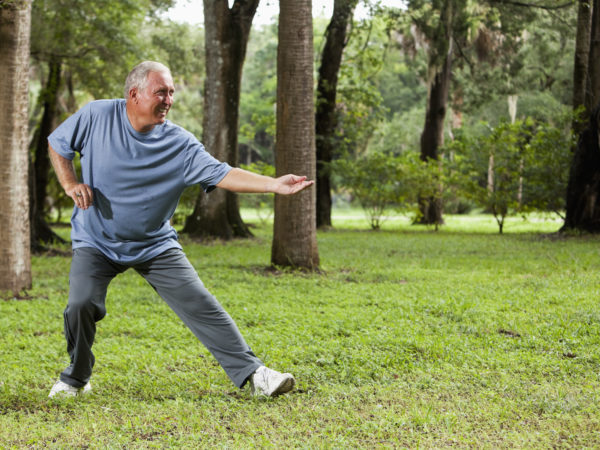 You’re probably referring to a Mayo Clinic study which found that heavy people tend to sit still and that lean people tend to move around a lot. That may not seem new, but the study showed that the heavy people didn’t sit around because they were too overweight to be active. Instead, it seems that the tendency to be a couch potato is inborn. You gain weight because you don’t move much, not the other way around. The researchers found that the difference in movement between their heavy study participants and the lean ones amounted to 350 calories per day. If the heavy people could move enough to burn that number of calories, they could lose 30 to 40 pounds in a year.

The study, published in the January 28, 2005 issue of Science, was very exacting. To make sure they measured the extent of their study volunteers’ movement correctly, the researchers attached sensors to their subjects. And to make sure that all the participants maintained the diets dictated by the researchers, dieticians prepared all their food for weeks at a time.

No one knows if you can change an inborn tendency to be sedentary, but if you can find ways to build more movement into your life – standing instead of sitting, walking instead of driving – you may find it easier to lose weight. I also recommend learning various movement techniques like tai chi and qigong. These are great for improving balance and reducing risk of falls as well as being quite calming. You can also begin learning how to dance, do yoga – just plain fidgeting can do the trick too.