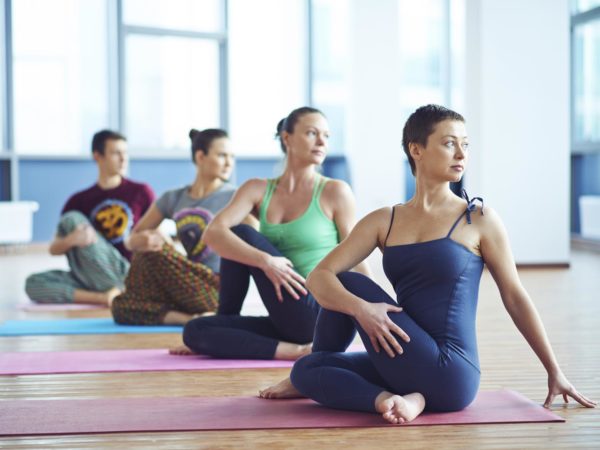 You’re no doubt referring to “How Yoga Can Wreck Your Body,” an excerpted chapter from a new book, The Science of Yoga: the Risks and the Rewards, by science writer William J. Broad. The article was published on January 8, 2012, in The New York Times Magazine. On his website, Broad reports that he has been taking yoga classes since 1970, and in the article, he wrote that he became interested in yoga’s risks as well as its benefits after he injured his back during a class in 2007. Broad relies substantially on the views of yoga instructor Glenn Black, who maintains that the vast majority of people should give up yoga because it is simply “too likely to cause harm.”

The article quotes Black as contending that a number of commonly taught yoga poses are inherently risky. However, the scientific evidence supporting this assertion is pretty thin, much of it dating from the 1970s. Broad describes cases of “yoga foot drop,” in which a branch of the sciatic nerve (which runs from the lower spine through the buttocks and down the leg) is deprived of oxygen from spending hours stationary in the kneeling position called vajrasana. This caused trouble walking, running and climbing stairs, all of which reportedly went back to normal when the affected individuals stopped practicing the pose. There is also a claim in a two-paragraph letter published by the British Medical Journal on March 11, 1972, that in rare cases, certain yoga postures (particularly the shoulder stand and the cobra pose) could compress the vertebral and anterior spinal arteries, possibly leading to stroke. (The head-back position from prolonged sitting in a dentist’s or hairdresser’s chair or painting a ceiling can also cause this kind of injury.)

The article goes on to cite occasional case reports in the medical literature of yoga-related injuries.

I have seen a small number of cases of joint problems from the overenthusiastic practice of yoga. Certain postures can stress the neck, knees, and lower back if you do them too strenuously or hold them for too long, especially if you do not increase your flexibility slowly through gradual practice. With yoga, as with any form of exercise, you must listen to your body. If you notice that one posture gives you persistent pain, stop doing it. Never let anyone, even a respected yoga teacher, force your body into posture that causes significant pain.

Recently, some unusual forms of yoga have appeared in the West that are much more dynamic and strenuous than ordinary hatha yoga. Kundalini and ashtanga yoga both emphasize vigorous movement as well as difficult poses. They are more stimulating than relaxing and, in my opinion, are not for beginners.

Overall, I believe that yoga is one of the best forms of nonaerobic exercise. It can improve muscle tone, flexibility, and balance. And whether you practice yoga for this reason or not, it may also make you calmer and more balanced, emotionally and spiritually.