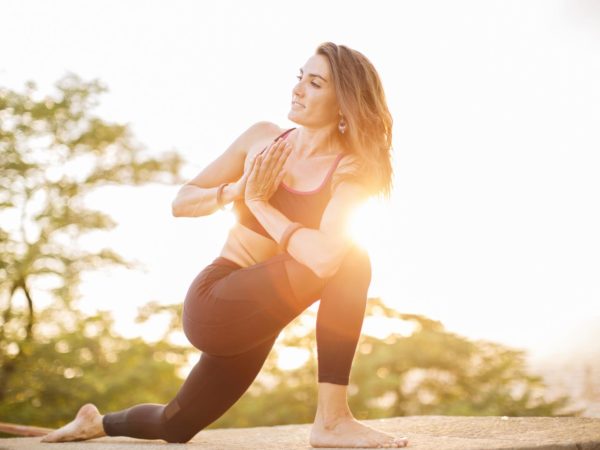 Right. Yoga is great exercise. It stretches and tones muscles, increases flexibility and promotes balance. In addition, yoga has beneficial effects on the nervous system, leading to deep relaxation and neutralizing stress. The traditional discipline is now more popular than ever, with more than 36 million Americans spending upwards of $16 billion per year on classes, clothing and equipment. However, we all need more than yoga to maintain physical fitness. A 2016 review of 10 previously published studies of the metabolic intensity – the calories burned per minute – involved in performing traditional hatha yoga poses concluded that in most cases, the effort entailed adds up to only light physical activity. Very few poses, such as Surya Namaskar or sun salutations, a set of 12 powerful yoga postures, require moderate to vigorous effort, and most poses fall short of the equivalent a cardio workout. To get that kind of exercise we need to do aerobic activity that feels like work and makes us huff, puff and sweat. Walking briskly, jogging, biking (outdoors or on a stationary bike) can all suffice, as long as you’re putting effort into it. I recommend working toward the goal of 30 minutes of some type of aerobic activity at least five days a week.

For total fitness we also need strength training that works muscles against resistance and can help prevent osteoporosis, maintain mobility and prevent falls. You can do this by working out with free weights or weight machines or try the Pilates Method, a popular and intense form of strength training based on the idea that the abdominal and pelvic muscles are the body’s power center.

Most people who practice yoga recognize that it isn’t the only exercise they need. The same 2016 study found that more yoga practitioners are involved in other forms of exercise – including running, biking and weight lifting – than people who don’t practice yoga. Additionally, some 37 percent of yoga enthusiasts also participate in some other type of group exercise.

The study found that the top five reasons people take up yoga are to:

Yoga has definitely infiltrated our society and culture. It is everywhere now, being performed and taught by persons of all ages and backgrounds. I am delighted by this trend. But it isn’t the only exercise people need.