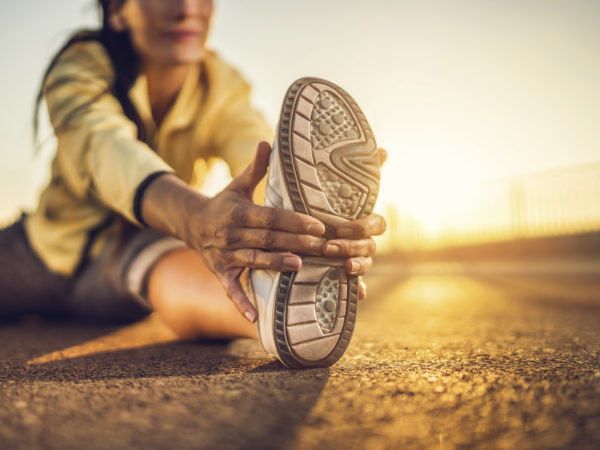 Stretching before you exercise is not necessary, and new research suggests that it may undermine performance, not only of competitive athletes but of amateurs whose workouts include distance running, cycling or even golfing. I first wrote about stretching on this site in 2004, when I reported on a study from the U.S. Centers for Disease Control and Prevention (CDC), which found that stretching before exercise doesn’t help prevent workout-related injuries. CDC epidemiologists reviewed 350 earlier studies on flexibility, stretching, and injury prevention to conclude that no evidence demonstrates that stretching prevents injuries. Their study was published in the March, 2004, issue of Medicine and Science in Sports and Medicine.

One of the latest reports of the effect of static stretching (defined as stretching in which the muscle’s elongated position is held steadily, rather than intermittently) comes from the University of Zagreb. It focused on how static stretching affects athletic performance. The Croatian researchers examined data from 104 earlier studies that explored this issue and calculated that static stretches reduce strength in the target muscles by almost 5.5 percent, with even greater impact if stretches are held for 90 seconds or more. Stretching for shorter periods of time may diminish this negative effect but doesn’t eliminate it, the researchers concluded. The analysis, published in the March 2013 issue of Scandinavian Journal of Medicine and Science in Sports, also showed that stretching reduces a muscle’s ability to produce force by about two percent.

A second new study, from Stephen F. Austin State University in Texas and published inthe Journal of Strength and Conditioning Research, found that after passive, static stretching, young men described as “moderately trained” were 8.36 percent less able to perform a single squat holding barbells than they had been earlier after warming up on resistance machines and with free weights. Incidentally, the researcher who conducted this study reported other results in the December, 2010, of the same journal showing that static stretching before playing golf worsened the game of test subjects, leading to significant decreases in clubhead speed, distance, accuracy and consistent ball contact.

No one knows exactly why stretching should have a negative effect on exercise. The authors of both reports suspect that the problem is the loosening effect of stretching on muscles and tendons, reducing their ability to store energy and spring into action.

Instead of stretching, the best way to warm up is to do a slower version of the exercise you’re about to perform: if you run, walk, then jog to warm up. If you plan to walk, start off slowly. And if you’re doing strength-training exercises, start off with lighter weights, using slow, deliberate form with enough repetitions to get used to each movement.

Stretching does have a role in fitness – it improves flexibility, lengthens muscle tissue, improves posture and body awareness and helps neutralize stress. For best results, stretch after your workout when your muscles are warm and most elastic.