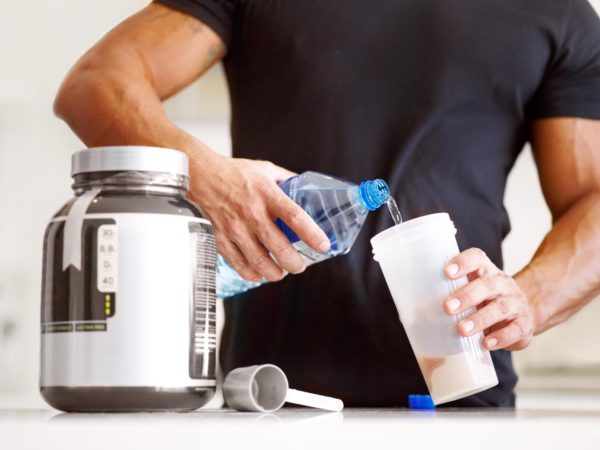 I’m aware that Bill Phillips’ best-selling book, Body for Life, has been commercially successful. I’m also aware that some exercise physiologists and nutritionists have criticized it, saying some of the book’s claims are not backed up by scientific evidence and results may not be achievable in as little as 12 weeks as promised. Overall, however, the program does seem to have merit. It’s part diet, part exercise, the only winning combination I know to achieve weight loss and physical fitness. Phillips recommends three days of strength training a week and getting 20 minutes of intense aerobic exercise on three alternate days. He emphasizes the intensity rather than the duration of the aerobic workout. Here, I would caution you to be careful not to do too much too soon, in order to avoid injuries that could sideline you. And I’m not sure that I agree you need to do an intense 20-minute aerobic workout; you can get similar health benefits from longer durations of moderate exercise, such as walking or swimming.

As far as diet is concerned, the foods that Phillips suggests are healthy and nutritious, but I do think his emphasis on protein is questionable. He suggests that protein – including the shakes you mention – make up 40 percent of your daily calories. I think that’s too much and suggest limiting protein to 10 to 20 percent of daily calories and increasing the amount of allowed carbohydrates in his program from 30 percent to between 50 and 60 percent. I advise getting the majority of your daily carbohydrates from less-refined, less-processed foods with a low (under 55) glycemic index such as whole grains, vegetables, beans, and nontropical fruit. Phillips’s diet limits fats to 30 percent of daily calories – the same amount I recommend in my book, Eating Well for Optimum Health.

Phillips’ program also encourages the use of six small meals a day, which I think is fine, but several of the mini-meals call for shakes, bars, or special snacks that he sells, while I prefer that you eat whole foods instead. What’s more, you get one “free day” a week when you don’t work out and you can eat anything you want. I think the idea of a “day off” could provide a psychological boost to help you stick with the program.

My advice would be to consume the same amount of calories Phillips suggests for weight loss but to eat more carbohydrates and less protein than he recommends. Good luck.